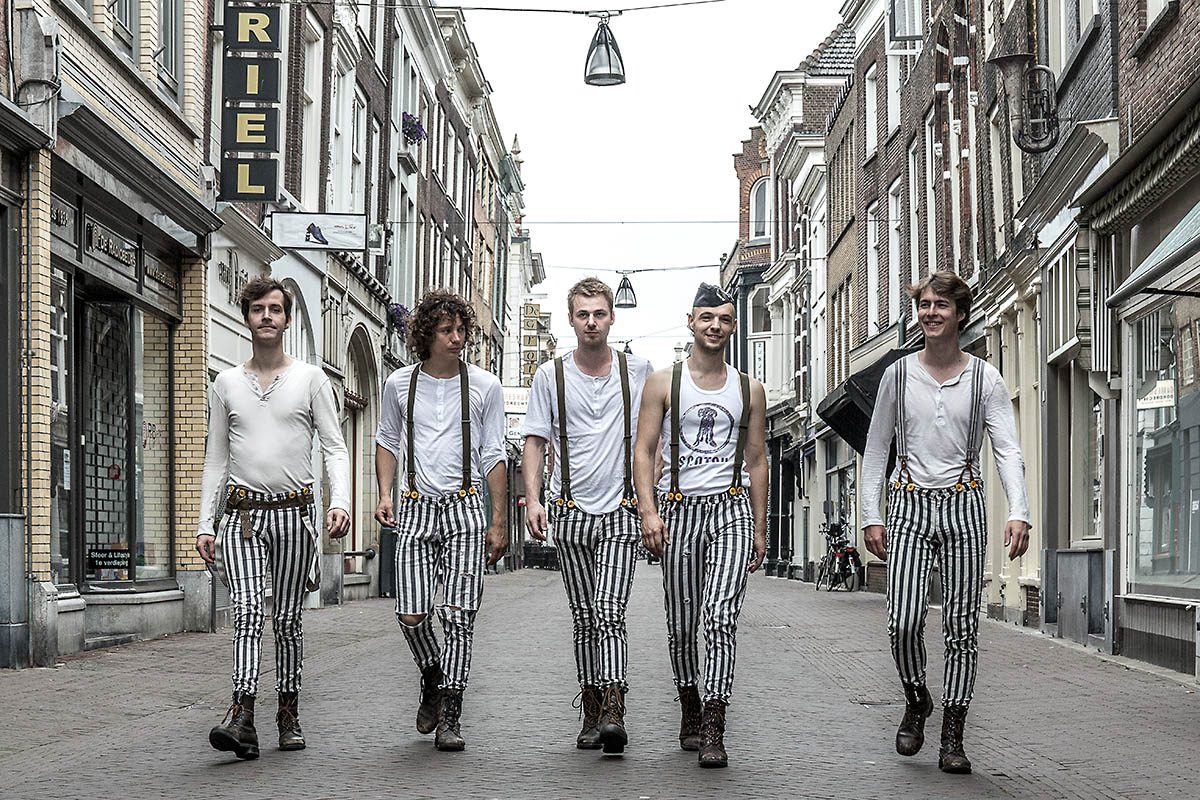 Famed for their fun filled performances and stripey trousers, the band of handsome Dutchmen know as Scotch will return to Paisley on Saturday 12th August, for one night only in the town’s local venue The Bungalow.

Hailing from The Netherlands and forming in 2007, Scotch have performed over 500 shows across Europe and released 5 studio albums. Recently, the band have appeared on Holland’s Got Talent and Sofar Sounds Amsterdam.

After their stellar and packed out show in The Bungalow during 2016, Scotch will be bringing the fun right back into Paisley with their folk, ska and pop inspired sounds. Support will be coming from Ska/Punk outfit Sinister Flynn – who supported Complete Madness in April earlier this year and should not be missed!

“We are very excited to be coming back to Scotland and Paisley. We always feel welcome when we travel from The Netherlands and love to perform to such great audiences” – Sjoerd Van Lee, Scotch.

Tickets are only £5.00 and available from http://thebungalow.bigcartel.com, Feel The Groove and The Bungalow.