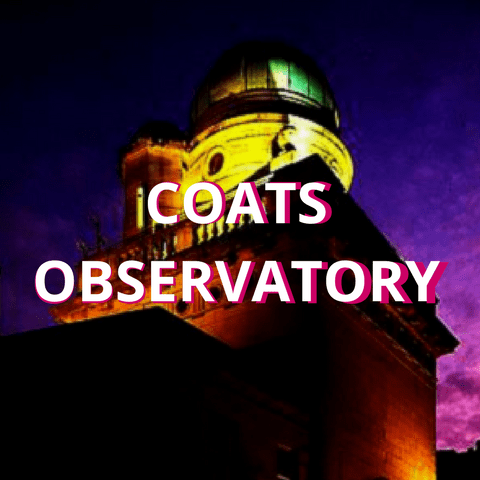 One of Paisley’s most beautiful buildings has been shortlisted to take part as a centrepiece for  Scottish Archaeology Month.

Coats Observatory, on Oakshaw Street West, has the chance to be one of six buildings or places in Scotland to take part in the showcase titled Dig It! 2017 but the Observatory need you to vote for them.

The Observatory opened in October 1883 and is Scotland’s oldest public observatory, giving visitors the opportunity to view the night sky through powerful telescopes.

Dig It! 2017 wants to highlight 6 extraordinary  hidden gems in Scotland. The Coats Observatory is 1 of 28 places put forward for a public vote, with each of the six winning sites hosting  events in September as part of the Archaeology event.

The organisers of Dig it! 2017 said: “Unlike the [Scottish] World Heritage Sites, you won’t find these places featured in as many travel guides, postcards or Instagram feeds.  They might be a little bit quieter, harder to find and rougher around the edges.

“You’ll have to step off the beaten track to see some of them with your own eyes; it’s all part of the experience.  Your reward is a piece of the past will surprise, delight and inspire you.

“Hidden Gem sites from across Scotland are vying for the public’s votes, with six winners hosting fantastic events in September as the centrepieces to Scottish Archaeology Month.  Each contender is supported by an organisation or group who works hard all year round to protect and promote these special places.”

Councillor Mags MacLaren, whose Ward covers the Observatory said: “I would like to encourage as many people as possible to go online and vote for Coats Observatory in the Hidden Gems vote”, said Cllr Mags MacLaren (SNP – Paisley Northwest) commenting on the Dig It! 2017 campaign to celebrate Scottish archaeology.

“This is a great opportunity to promote Paisley’s history and heritage via this campaign.  Let’s get voting for the Coats Observatory to let more people across Scotland know of this magnificent building in the heart of our town.

“It’s easy to vote, simply go to the Dig It 2017 facebook page and ‘like’ the photo of Coats Observatory.
“The more ‘likes’ the observatory gets, the better chance that it will win the competition.“