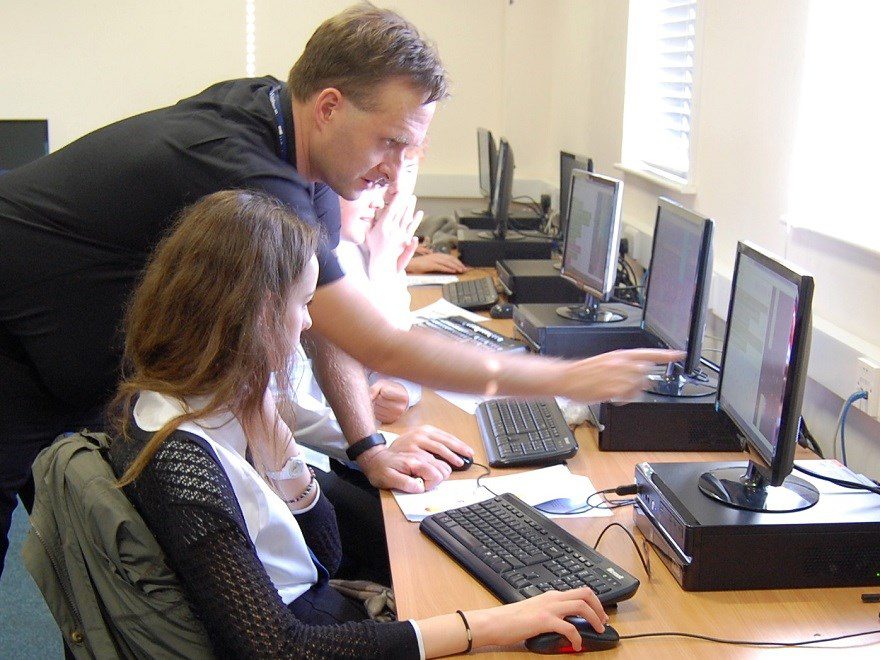 David Renton, Curriculum Quality Leader in Computing at our Paisley Campus, is one of only five finalists for the 2017 BAFTA Young Game Designers (YGD) Mentor Award.

David’s nomination was supported by his colleagues who highlighted his outstanding contribution in engaging young people in Games Development. They said:

“David is always looking for ways to make sure his students have as many opportunities as possible. Most recently he has been working with students to encourage them to run coding clubs in local schools to teach the children how to make games.”

“By working with David he has inspired me to push myself at work and outside of work by also working with the students and the clubs and encouraging me with my own clubs that I run as well as my game jams which he has been speaking at”.

David is delighted by his nomination and, most important, by the results of his efforts as he’s seeing every year more local young people getting into Games Development, a field he’s passionate about.

“I am thrilled to be nominated for a BAFTA as Young Game Designer Mentor of the year. I started teaching games development at what was Reid Kerr College in 2006 to 12 students and we now have over 160 students doing games development at different levels in the Paisley Campus of West College Scotland. The College and I have done a lot of work in the past 7 years to engage with schoolchildren in Renfrewshire in both Primaries and Secondary schools to encourage them to consider Games Development as a career path to follow. I am now seeing schoolchildren who visited the college when they were only 10 years old, to playtest my students’ games, applying to our full time courses. This nomination is recognition of all that hard work”.

David will be attending the prestigious BAFTA YGD Awards Ceremony which will take place on Saturday 8 July at BAFTA 195 Piccadilly, London.

We hope David will be announced winner of the prestigious award that would come as a well-deserved recognition of his exceptional work. Bill Gallacher, Head of Sector, Business & Technologies, says:

“It is no surprise to me or his colleagues that David has been nominated for a BAFTA.  Everyone at West College Scotland is delighted David has been recognised in this way.  He has been an inspirational lecturer to the hundreds of students who have been taught by him over the years.  David has that special talent that can make difficult concepts understandable to us mere mortals!”

“He is always focused on using the latest ‘next big thing’ in computing and how he can use and adapt it to improve his own teaching and his students’ knowledge and understanding.  He is a nice guy and a special talent”.

“We are immensely proud to hear of David’s nomination for an internationally recognised BAFTA award. He has dedicated himself to learning and teaching, excelled in the field of digital technologies and remains a source of inspiration for his students and colleagues alike. We have our fingers crossed for his success on the night and wish him all the very best to continue flying the flag for West College Scotland“.