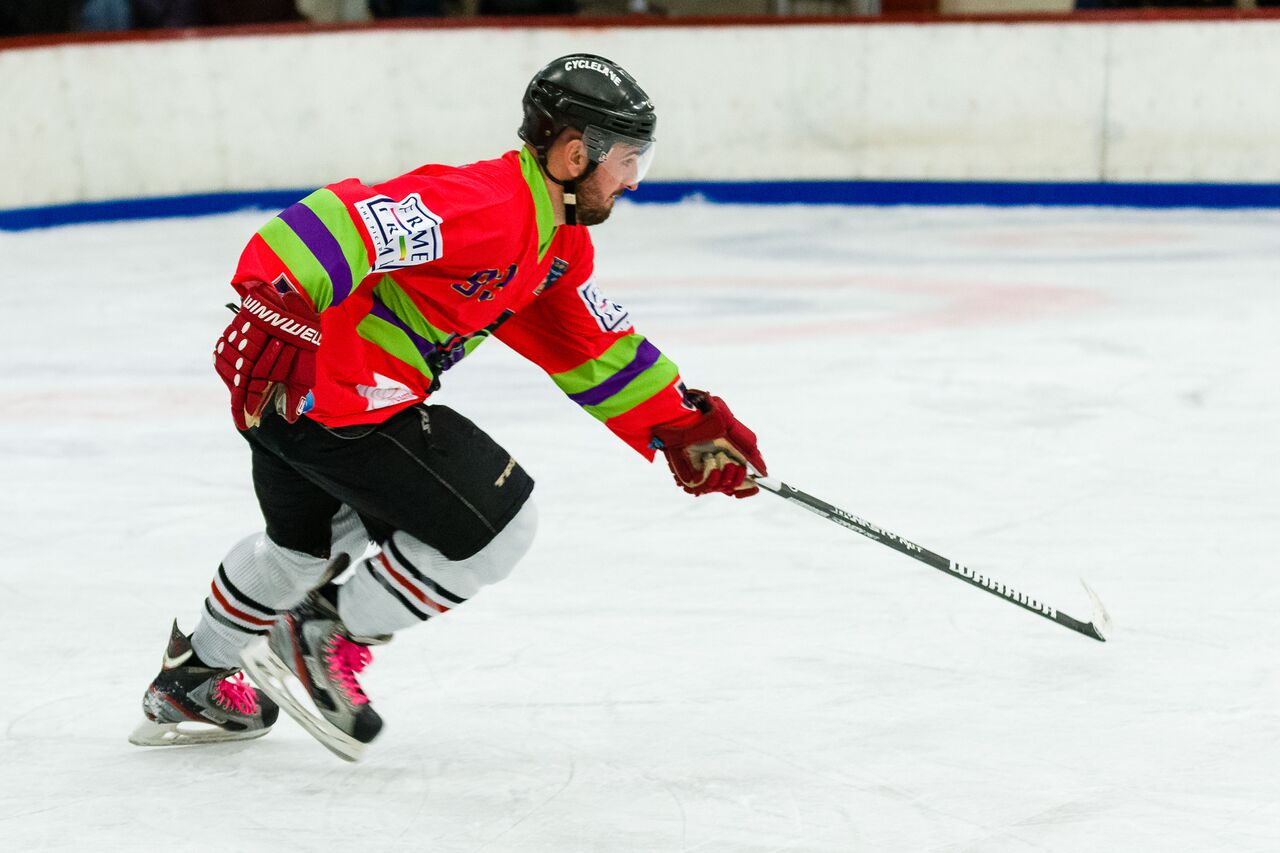 Preparations are well under way for the staging of a very special ice hockey match at Ayr Ice Rink on Sunday 18 June at 3.00pm, when two teams will go head to head in Millie’s Miracle Ice Hockey Match Round 2. All money raised from the event will go towards the cost of buying a heated twin cot for the Neonatal Unit of Crosshouse Hospital in Kilmarnock, whose 24/7 care helped save the life of Millie Andreucci, who weighed less than a bag of sugar when she was born there just over a year ago.

“The match is my way of saying “Thank you” to the hospital for saving my daughter’s life at that time,” explains dad Ross, who starred for title winning Paisley Pirates before moving to Kilmarnock Storm two seasons ago. “For the first few months of her life she was kept in Crosshouse Hospital and, for a short time, Yorkhill Hospital where the round the clock care she was given kept her alive, and today she is now able to come off oxygen for several hours a day, which might not sound a lot, but it’s a huge step forward for her. Last year I organised a match and the proceeds of over £5,000 were split between the two hospitals, but this match will see the profits go towards the purchase of a heated twin cot for Crosshouse Hospital which, I understand, will help the recovery of very young and unwell babies who come to the Neonatal Unit.”

He went on, “I’ve managed to round up almost forty players who perform at various levels in the sport and they will take part in this special match on 18 June. As it’s in the off season, I’m hopeful that a lot of hockey-starved fans might take the opportunity of coming to Ayr Ice Rink, getting a fix of their favourite sport, and contributing to the best of causes all at the same time. There will be a few other attractions on the day as well, such as home baking, raffles and the like, so I’m hoping that folk will turn out in numbers to support the event. We’ve also got a special souvenir programme which spectators will be able to buy. There’s a huge number of volunteers who’ve come forward to offer their services for nothing, not just the players, but those folk who will man the stalls, take on the jobs which need done for an ice hockey match to take place, and it really has been one almighty effort by all concerned to make this happen. It would be the very best Father’s Day present I could wish for if we could raise enough money to make the cot a reality.”

“The best way of saying “thank you” to all the participants is to invite as many people as possible to come along and support the game, and I’m hoping at the end of the day we will have enough money raised to buy Crosshouse Hospital its much needed heated twin cot. By turning up at Ayr Ice Rink, Limekilns Rd, Ayr shortly before 3.00pm on Sunday, 18 June, everyone can make that objective the more likely!”

Glasgow News? Daily Updates part of our network
Paisley charity on the lookout for volunteers