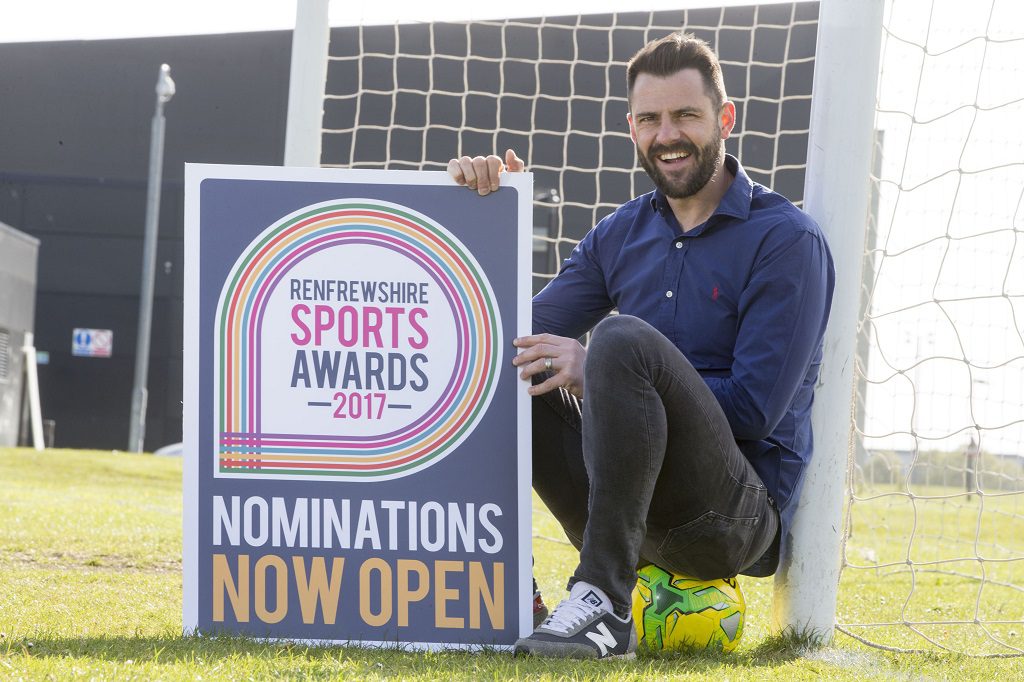 FORMER Scotland international striker Steven Thompson is urging people to nominate the unsung heroes of sport for a top award. Stephen Thompson urging people to nominate their unsung heroes for a sports award.

These awards aim to showcase the dedication and hard work of local sports club coaches, volunteers, officials and youngsters. Nominations are open until June 30.

Now a TV and radio sports pundit, Steven, who grew up and still lives in Renfrewshire said:

“It’s very important to recognise the work of the volunteers who are vital to the running of sports clubs.
“And it’s brilliant that these men and women who give up their time to coach kids and run sports clubs are getting the recognition they deserve with these awards.
“I got involved playing football with the Boys Brigade and then I joined Gleniffer Thistle and it was volunteers who ran these youth teams.
“They are the unsung heroes of sport at grassroots level and I hope people take the time to nominate someone for the Renfrewshire Sports Awards.”

He added: “Both my son and my daughter are involved in sports – Struan plays tennis and football and Gracie does gymnastics.

“It’s great for youngsters to get involved in sports and they can learn from what their coaches are telling them. But the most important thing is that they enjoy what they are doing.”

And for school sport there is an Honour Our Sport Award.

Joyce McKellar, chief executive of Renfrewshire Leisure, who are organising the awards, said:

“Sporting activities as we know it wouldn’t exist without the hard work and dedication of volunteers.
“We want to hear about the people who deserve an award and we’ll give them the recognition for their efforts.”