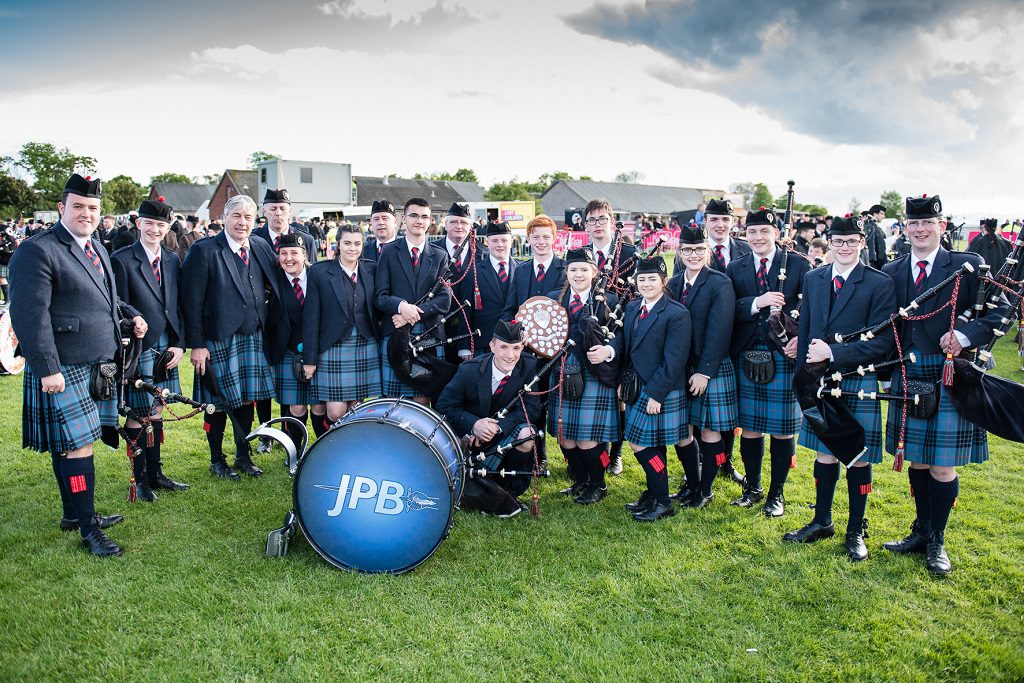 The two Johnstone pipe bands made the short trip to Paisley at the weekend to take part in the British Pipe Band Championships at the St James Playing Fields.  The two World Championship winning bands were competing for the first time in a major championship at their new promoted grades of 1 and 4a.

Grade 4a band with their 3rd place trophy. Pictures by John Shaw.

The Grade 4a band carried on from their successful season last year with third place from a field of seventeen in the final, a fine result given the step up in class of the opposition.

The Grade 1 band also had a fine result coming tenth of sixteen in their final, beating some well established Grade 1 bands in the process.

some of the Grade 1 drummers warming up prior to their competition.

Pipe Major Keith Bowes Jr commented, “I was delighted that the Johnstone grade 4 and grade 1 bands performed well at the first major competition of the year.  With both bands being newly promoted it was great to see them do so well, as it is never easy to make an impact as you move up the grades. There is always lots to improve on, but as long as the standard of the performances continue to improve then I can’t ask for much more.  I was also delighted to see many of our Renfrewshire learners came for a listen and join in with the bands to play during the march past, I hope they will have been inspired for what they can achieve in the future.”

The Johnstone Bands’ next competitions are Shotts Highland Games on the on the 3rd June followed quickly by the UK Championships in Belfast on the 10th June.