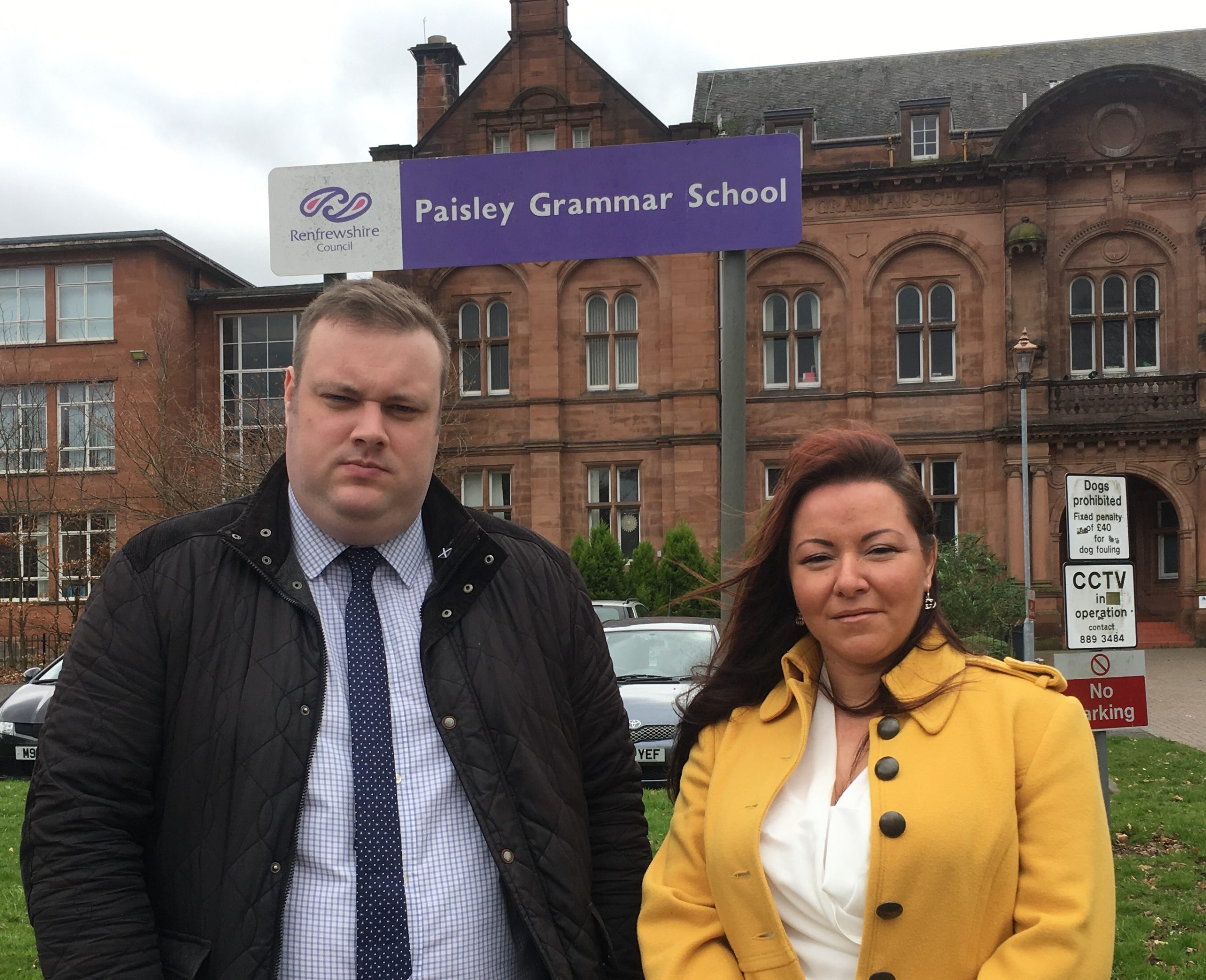 The SNP have pledged to tackle bullying in Renfrewshire’s schools if elected at May’s Council election.

In their local manifesto launched last week, the SNP have committed to review Renfrewshire Councils approach towards bullying, bringing together parents, teachers, pupils and third sector organisations to ensure the most effective measures are in place to stamp out bullying.

SNP Paisley Northeast & Ralston candidates John Clark and Jennifer Adam-McGregor have said an incoming SNP administration will do “whatever it takes” to stamp out bullying.

Over the past weeks there has been reports in the Paisley Daily Express of bullying going unreported in schools, including Paisley Grammar, with parents concerned at the lack of action being taken.

“Bullying in schools is a serious issue, and has not properly been addressed in Renfrewshire over the decades. Going by the reports and speaking to locals, it is getting worse.

“This shouldn’t be a political issue, and is not a problem which anyone should play politics with. Something has to be done, and done as soon as possible.

“An SNP administration will review the Council’s approach towards bullying. It will not be easy, but we will do whatever it takes to stamp this out.”

“The rise of social media has meant that bullying is no longer just an old fashioned playground issue. Kids can be bullied while in, or out of, school via different means – all of which have a damaging effect on those pursued.

“No child should be scared to go to school, or fear what is being written or shared about them on Snapchat or Facebook. As well as the emotional impact, it is also damaging to their education and progress.

“The Council, working with head teachers and other organisations, need to take the lead on this issue and an incoming SNP administration will ensure that happens.“