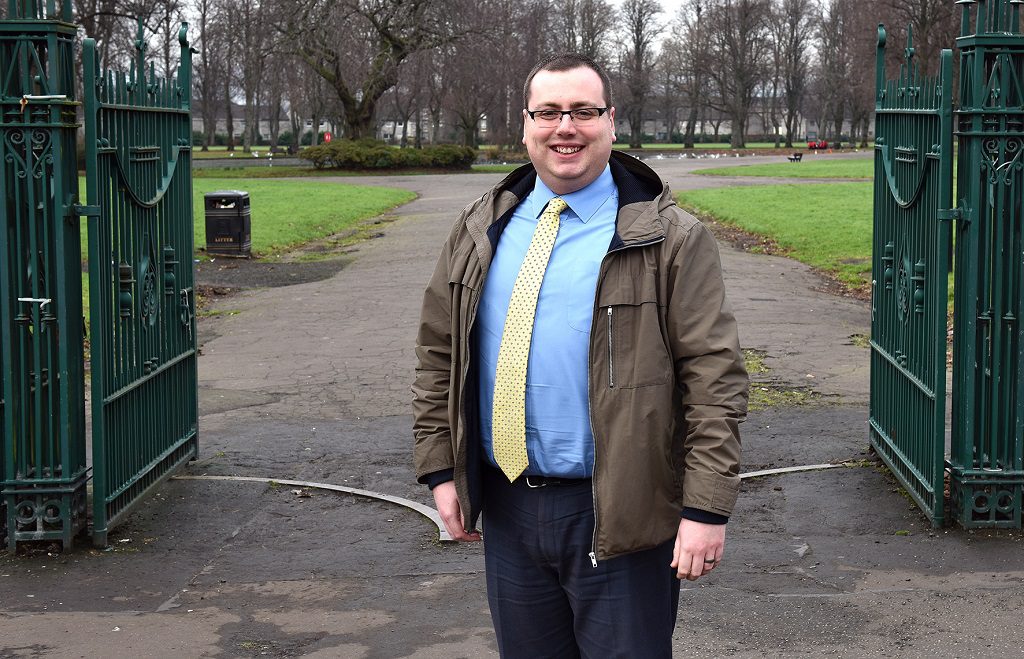 Jim Paterson, SNP Councillor for Renfrew South & Gallowhill, has today welcomed plans to build a new adventure playground as part of a refurbishment of Robertson Park – which includes accessible equipment for children of all abilities.

Following an update on the project to the Local Area Committees, Cllr Paterson pressed Renfrewshire Council officials to clarify if the proposed park would adhere to a previous SNP motion, which was passed at full council, which stated that any new child’s play park must have accessible equipment for all children to use regardless of personal circumstances.

This SNP successfully persuaded Labour-controlled Renfrewshire Council to back the motion that stated that all play parks and play facilities – whether provided by the local authority, community groups or developers – should, as far as reasonably practicable, be equally accessible to children of all abilities and those people who care for them.

“I am delighted that the new adventure playground in Robertson Park will put all children of all abilities at the heart of it – this is good news for all local families.

“The money for the improvements to Robertson Park has come from the Renfrew Common Good Fund and will benefit all local children. The SNP’s motion, which was passed unanimously by Renfrewshire Council, has ensured that funding is used to open up our park and play areas to all children and families regardless of their personal circumstances.”

Paisley Pirates are the new SNL champions
Scroll to top