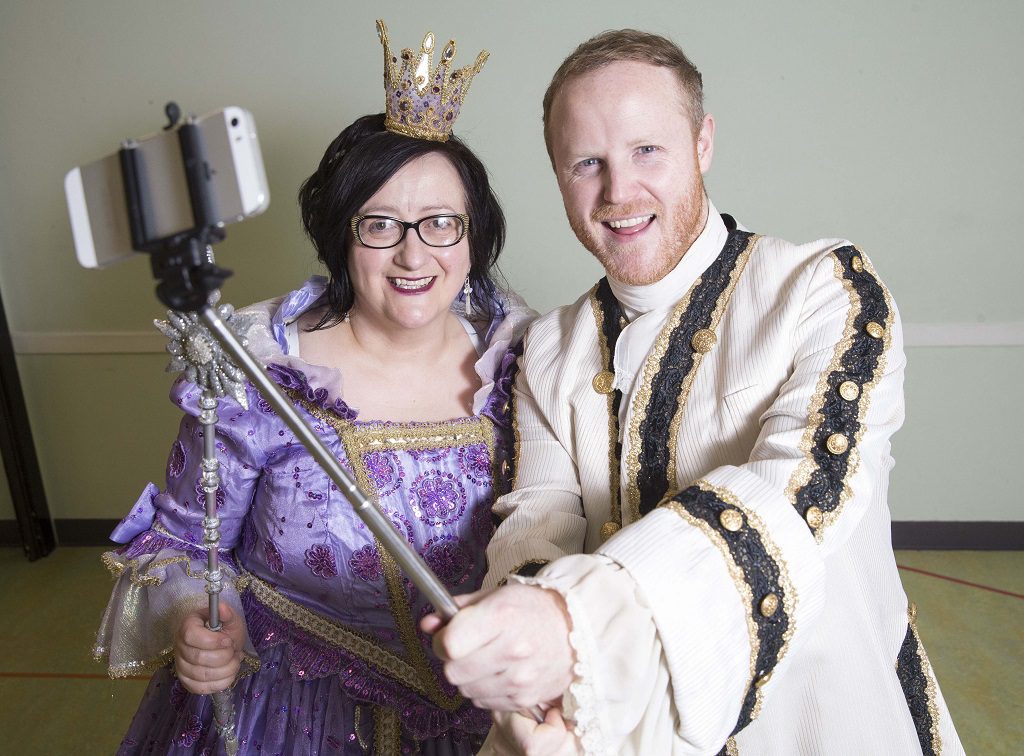 SHOPPERS at intu Braehead are being given the chance to appear in their own Christmas TV advert. They’re being encouraged to make a short video clip of themselves sending season’s greetings to family and friends, which will be shown on the mall’s giant TV screen every day in the run-up to Christmas.
And yesterday, River City star Gary Lamont, who plays Dandini and Rab C Nesbitt actress, Elaine MacKenzie Ellis, who’s the Fairy Godmother in this year’s Cinderella panto in Glasgow’s King’s Theatre got in on the act by filming their own Christmas message for intu Braehead’s big screen.
The centre’s technical wizards will combine all the best film clips submitted into a video Christmas card ready for the big launch night on Monday December 19, when the centre starts its midnight opening.
That’s when a VIP screening of the videos for those who sent in a film clip will be held on the mall’s top-level balcony with hot chocolate and Christmas treats for everyone.
Marketing manager for intu Braehead, Christine Macdonald said: “We’ve all seen the fantastic Christmas TV adverts that have almost become a tradition at this time of year.
“Now, here’s a chance for our shoppers to star in their very own Christmas advert, sending a special Yuletide message to their loved ones on our giant screen.“It’s a unique way of wishing everyone you know a Merry Christmas.“And when you’re making your video message, Christmas jumpers and festive decorations in the background would be fab!”
All you have to do is capture a ten-second video on camera, tablet or smartphone and email the clip to braehead.information@intu.co.uk by Monday December 5.
Log on to www.intu.co.uk/braehead <http://www.intu.co.uk/braehead>  for more information as well as tips on how to make your own Christmas message video.