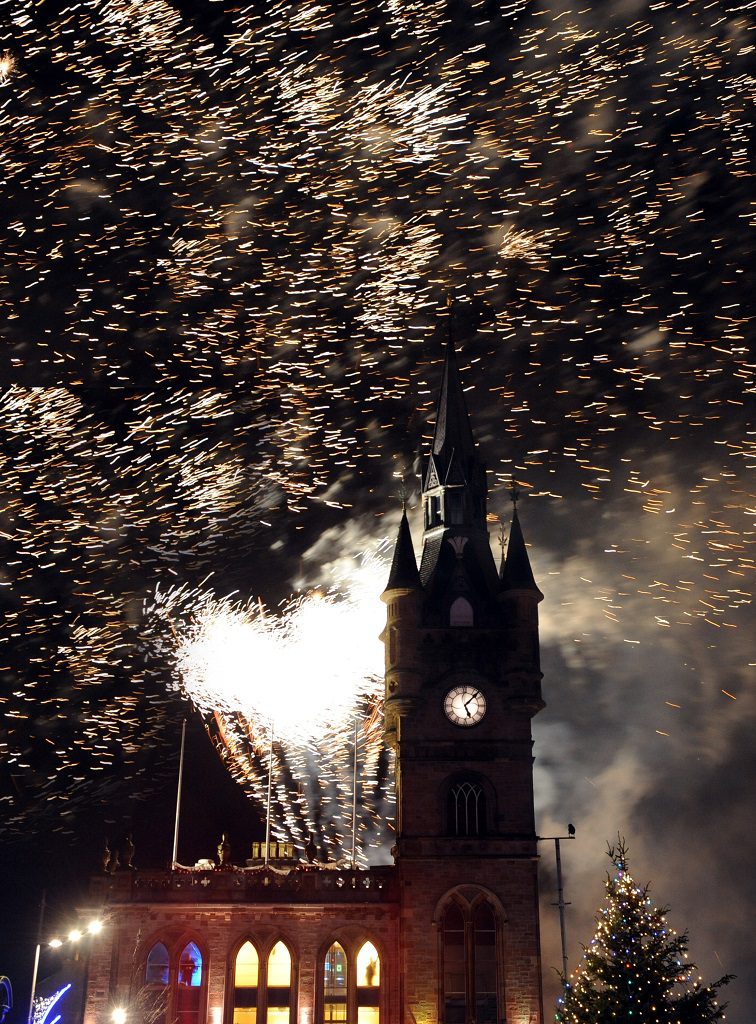 Renfrew town centre is set to be illuminated this Saturday (26 Nov) as the town’s Christmas Lights are switched on for the holiday period. The festivities will commence at 12pm with an outstanding array of entertainment on offer for all the family.

Renfrew Town Hall will play host to Santa’s grotto as well as face-painting, circus workshops and arts and crafts until 4:30pm- with puppets shows taking place until 2:30pm. Renfrewshire’s Provost Anne Hall with Santa and a competition winner

There will be a chance for kids to have their photo taken with Santa’s reindeer at specially created pen in the High Street up until 3pm- so don’t miss out!

Renfrewshire’s Provost Anne Hall will then host a carol service at 3pm inside the town hall, with Christmas classics expertly played by the Renfrew Burgh Band.

From 4pm-5pm, local performers will take to the stage- hosted by Pulse FM- in the High Street to showcase their talents ahead of the big switch-on. At 5pm, Provost Hall will be joined by a lucky competition winner to turn on the lights and set off the spectacular fireworks display from the roof of town hall.

Kids can visit the funfair one last time until 6pm before heading home full of Christmas cheer.

Provost Hall said: “The events across the winter season have been excellent so far and the Renfrew lights switch-on is shaping up to be one of the best.

“There is fantastic entertainment taking place all afternoon for all the family- with carol singing, face-painting, Santa and his reindeer, and more.

“Make sure you don’t miss out and get yourself into the town centre next weekend.”

I Am Me – Keep Safe Scotland app
Scroll to top