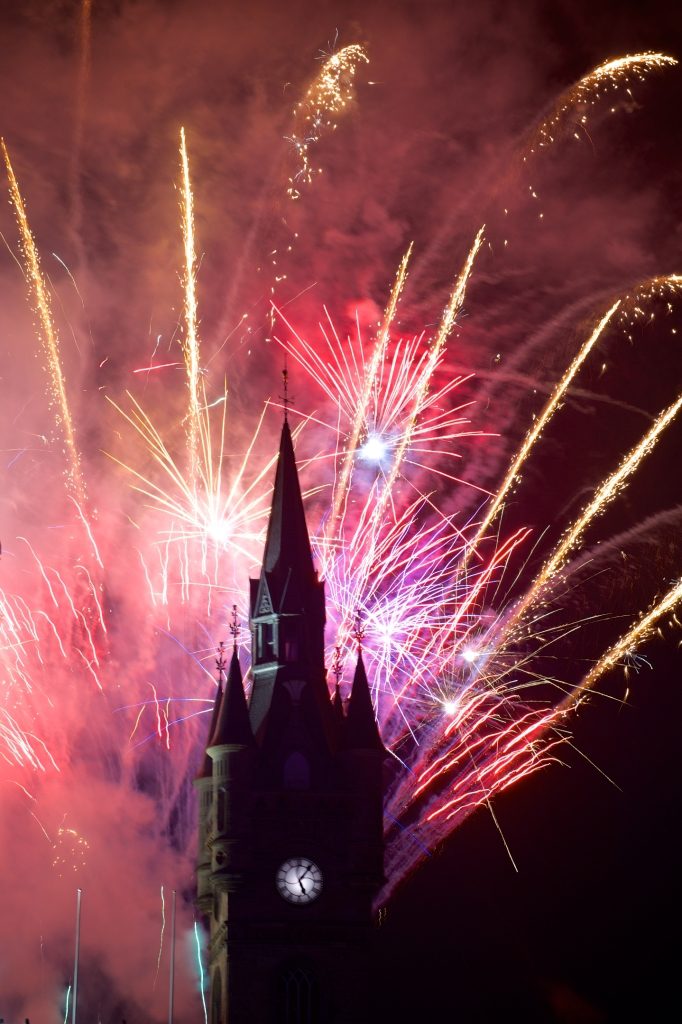 Thousands turned out for an afternoon full of festive cheer as the Renfrew Christmas Lights were switched on. Renfrew hosted the North Pole’s most famous resident as Santa’s grotto set up camp in the town hall- and gave youngsters a chance to make sure their Christmas list had made it to the man himself.

Santa wasn’t alone though, bringing a few of his reindeer along to keep him company- whilst also letting adults and kids alike get that perfect Christmas photo.

Outside, kids could burn off their Christmas excitement at the funfair with games to be played, rides to be enjoyed and toys to be won all afternoon.

And if they needed to escape the cold, the town hall had face-painting, circus workshops, arts and crafts and puppets shows- ensuring there was something for everyone to enjoy. Later in the afternoon, the main stage in the town centre- hosted by the Pulse FM- saw local solo artists showcase their talents in front of an energetic crowd- before the big switch on arrived at 5pm. Provost Hall was joined by lucky competition winner, Mariyaa, 11, from Arkleston Primary, to turn on the lights and together they set off the spectacular fireworks display from the roof of town hall.

Provost Hall said: “I was delighted to see such a terrific turnout in the town centre for what is one of the main events of the year in Renfrew.

“It was a fantastic day for families with a variety of entertainment to keep both kids and parents entertained all afternoon.

“Our lucky competition winner Mariyaa had an experience she won’t forget and it was great to see how much she enjoyed switching on the lights for the festive season.”