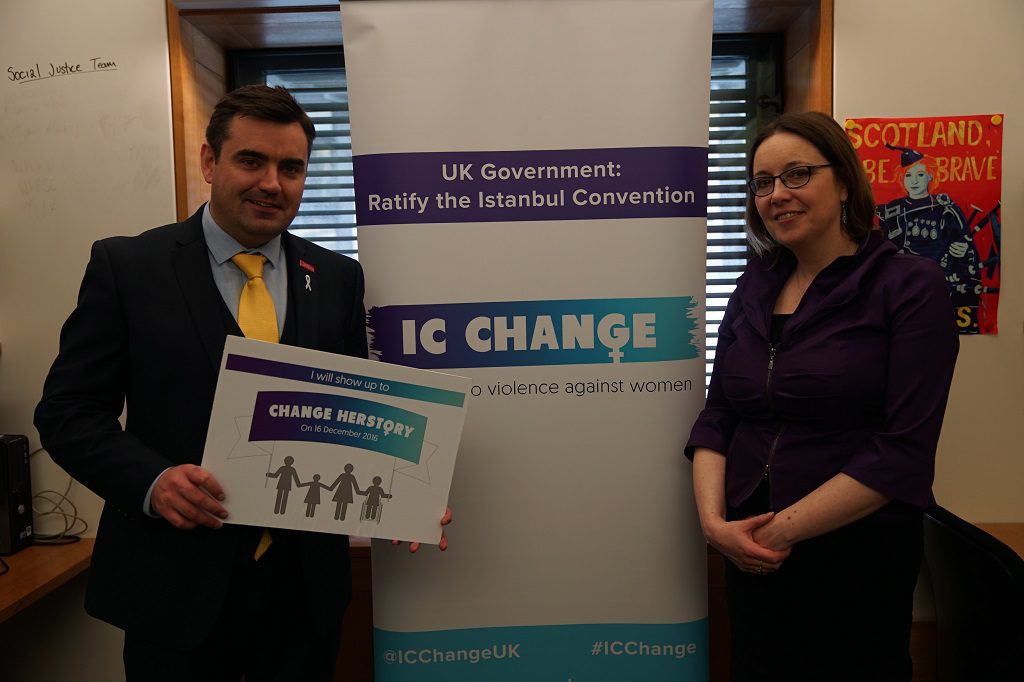 Gavin Newlands, MP for Paisley and Renfrewshire North, has pledged to support an upcoming Private Member’s Bill (PMB) which would require the UK Government to legally commit to providing a better framework for addressing violence against women and girls, by making the Istanbul Convention law in the UK – if successful. This legislation requires the UK to take measures to prevent violence against women, protect women experiencing violence, and prosecute perpetrators. This Bill has cross party support and if it becomes law would see the UK take a proud commitment to ending gender based violence and taking the next steps in securing a safe future for women and girls.

This legislation is needed because in 2014/15, 1,797 rapes and 104 attempted rapes and 59,882 incidents of domestic abuse were recorded by the police in Scotland.

“Since my election, I have done a lot of work to tackle the daily violence that too many women and girls still face. One of the most effective ways in which we can take coordinated action on this is to ratify the Istanbul Convention.

“This is a call that I’ve repeatedly made to the Government as it will ensure that a series of preventative policies are introduced to end this shameful violence.

“This private members bill is extremely important. I want to end violence against women and girls in the UK, and I therefore support the Istanbul Convention becoming UK law. I urge all other MPs to do the same.”

Jenn Selby, a campaigner and survivor said: “When I think of all the brave women I’ve met on my way through the system, I wonder how many of them made it. The current legal framework did more to see our perpetrators walk free than to keep us alive. This convention would end this.

Rachel Nye, Co-director of the campaign, says: “We need a strategic plan for addressing violence against

Glasgow News? Daily Updates part of our network
Council leader accuses Scottish Government of turning its back on Paisley