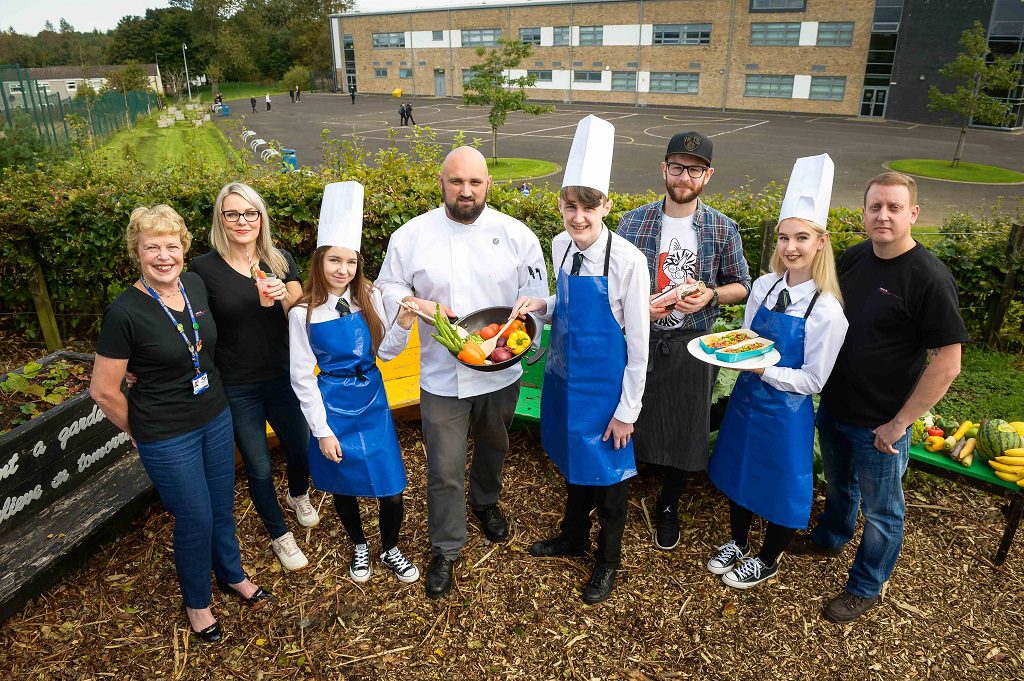 Today, 20th September, pupils from Linwood High School in Renfrewshire were given the chance to ‘Taste the Industry’ as classrooms were turned into mock-bars and restaurants for the day. The event, developed by the Tennent’s Training Academy (TTA) and Tree of Knowledge, introduces young people to the skills and roles available in the hospitality and tourism industry. Today was the first in a series of roadshows which will tour across Scottish schools throughout the rest of the year. 100 pupils aged 14-17 took part in hands-on masterclasses run by businesses such as; underground pop-up restaurant Section 33, bar group Kained Holdings and catering giants Sodexo and trade suppliers Breahead Foods. Each masterclass gave the students an introduction to skills such as the art of service, bartending and event catering. The events aim to raise the awareness and attract new and young talent into Scotland’s hospitality industry, one of the key contributors to Scotland’s economy. 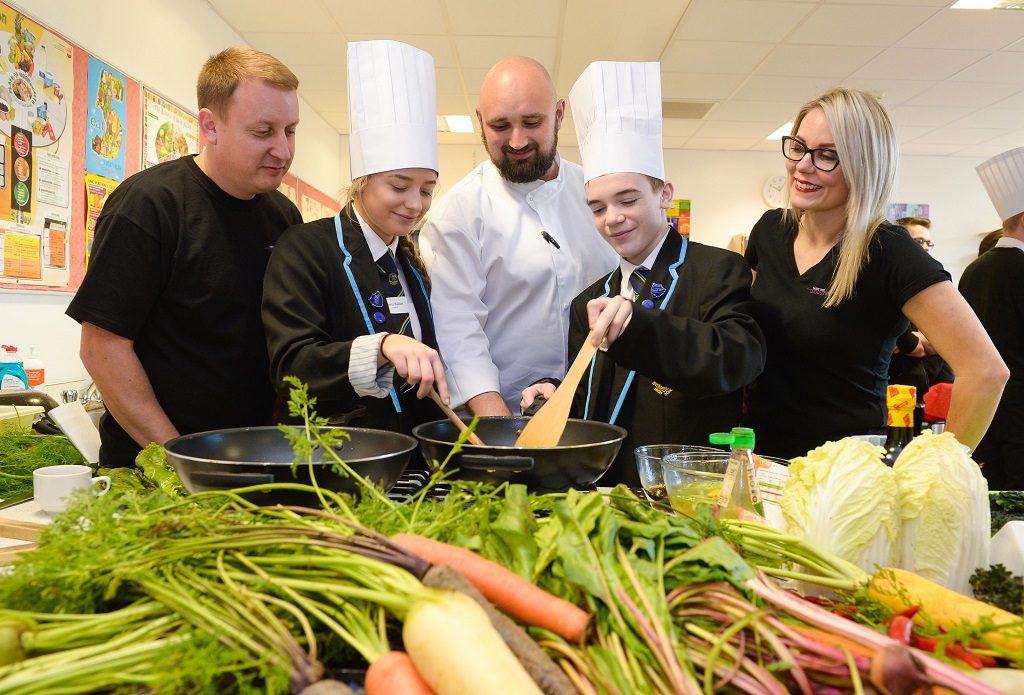 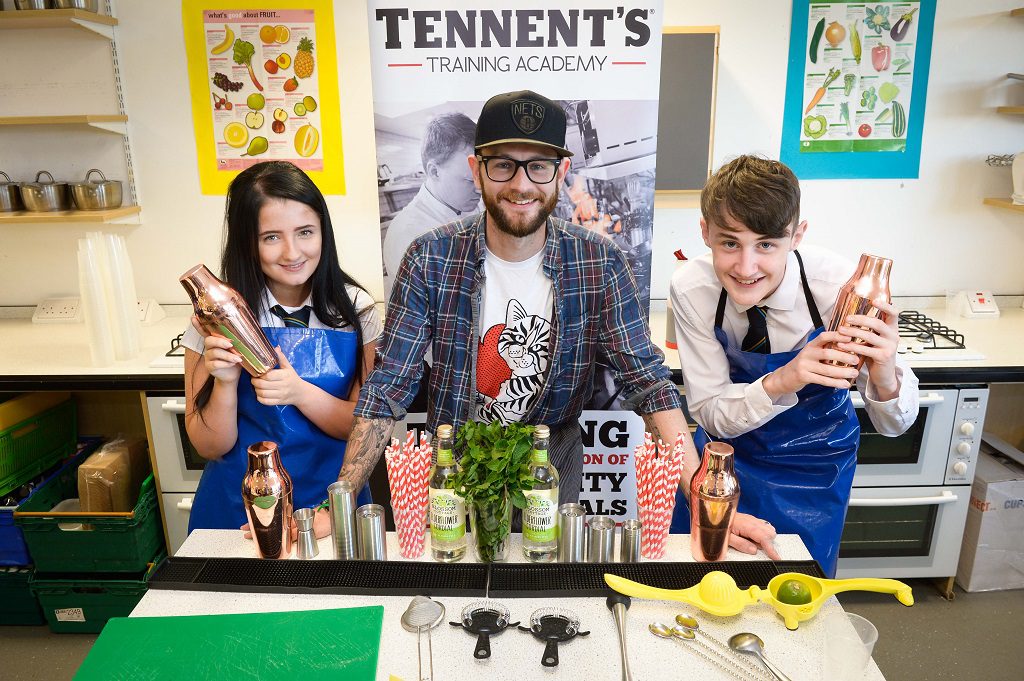 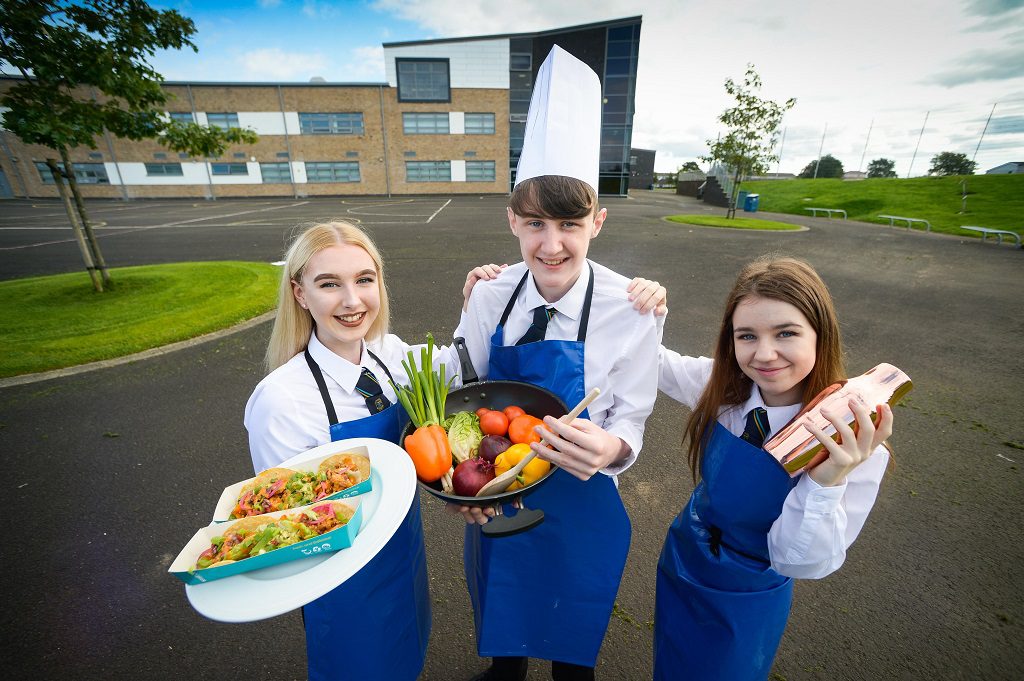 Linwood High School Pupils (L-R) Emile McEwan (14), Evan Thompson (17) and Necole Wilson (15) had the chance to Taste the Industry as they made Mexican street food and mocktails, alongside masterclasses in service, catering and more

“Today has been brilliant, especially cooking the Mexican food with Section 33. It’s been great to learn more about the different areas of the industry such as catering at large events like Hampden, and learning it’s more than just about being a chef.”

“Today has been fantastic, it’s wonderful for the children to see all the different aspects of hospitality, rather than the perception they might have that it’s just being a waiter or a chef. It’s fantastic that all the different partners have come to the school, and we’ve been pleased with how the day has gone. Some great stars have emerged from the workshops, and I’m sure the children will go home having got a lot out of Taste the Industry.”

‘Taste the Industry’ was devised by the TTA and Tree of Knowledge following a report from the Scottish Government in 2015, advising that employers and education should work closer together to help reduce the levels of youth unemployment. The TTA and Tree of Knowledge aim to do just that by giving school children the knowledge and confidence to seek employment in the hospitality industry after leaving school.

“This was another fantastic event at Linwood High School today, bringing the worlds of business and education together. It’s great to see the kids get so involved, and we hope today is another step to help in the developing the young workforce in Scotland.”

“We’re thrilled to have launched the first of our Taste the Industry roadshow events at Linwood High School today. The Tennent’s Training Academy are passionate about Scotland’s hospitality industry and furthering the careers of people within it. By working in partnership with employers across Scotland, we can look to grow the industry and support its future success. The industry constantly needs young talent, which is what we aim to achieve from the roadshows and at the same time help reduce the levels of youth unemployment across Scotland.”