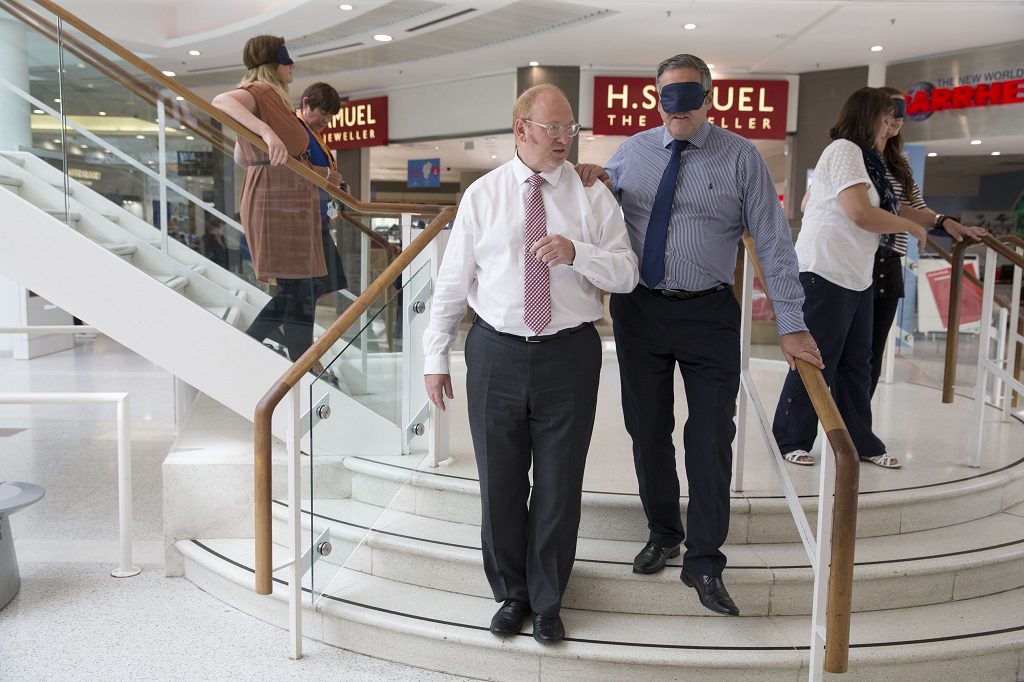 THE top executive at the giant intu Braehead shopping centre has been blindfold and led through the malls by one of his managers. Peter Beagley, the regional centre director at intu Properties with responsibility for the mall, had volunteered to join other staff experiencing first hand what it’s like for someone who is blind, or visually impaired to go shopping.

His walk in the dark was part of a training day organised by the shopping centre for a pilot project that will see staff match up with visually impaired shoppers to help them get round the many stores, restaurants and cafes at intu Braehead.

The charity, Visibility carried out the training sessions and around a dozen staff are now ready to act as shopping guides after they had been given awareness experience – including being blindfold and being led around the mall – taught good communication practice and how best to physically guide someone around shops, stairs, escalators and through doors. 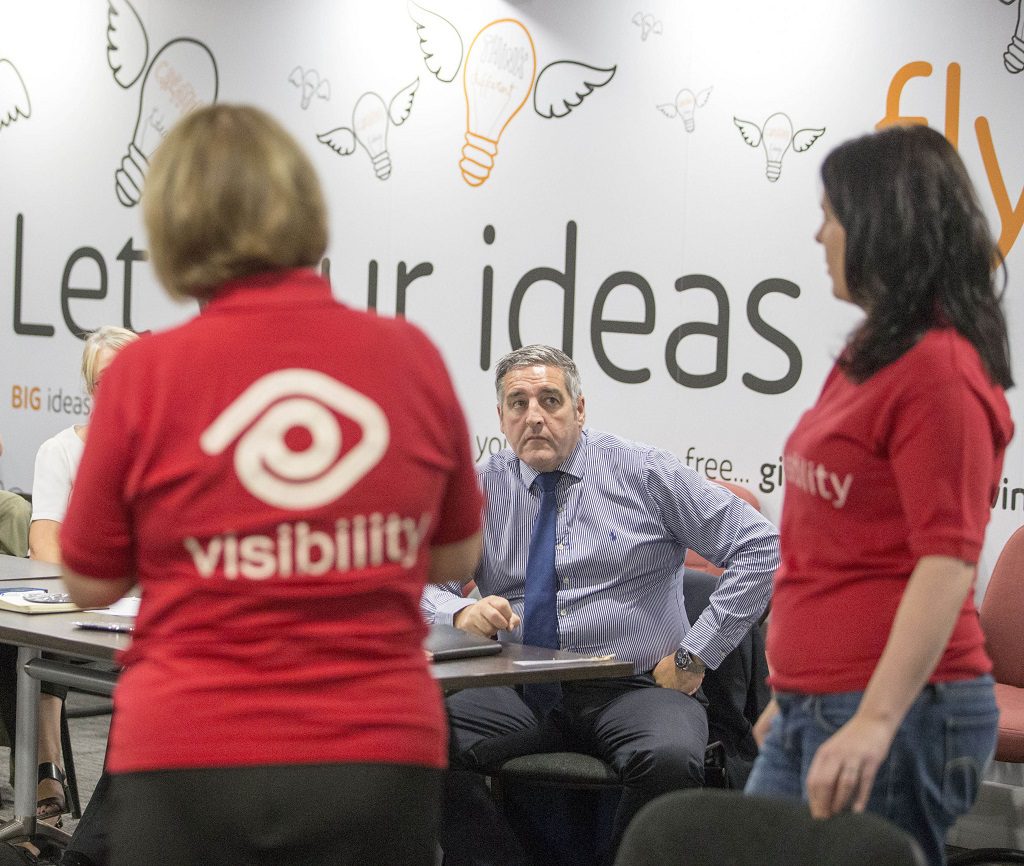 Peter, who was paired with intu Braehead’s guest services manager, Bruce Harley for his training and blindfold walk around the mall said:
“I had no idea what to expect, but the whole experience of not being able to see where I was going was very scary. And that’s with me knowing the malls at intu Braehead like the back of my hand.
“I was led blindfold down an escalator and through the mall to the Food Court. I found I really had to concentrate hard and at the end it was quite energy sapping.
“But it was an invaluable exercise and insight for both me and the rest of the staff into the issues faced by someone who has a visual impairment.”

The pilot project was organised after a member of the public contacted intu Braehead management asking if there were guides to help visually impaired people go shopping.

Peter added: “It was a great idea and at the time, we didn’t have the trained staff to provide this kind of service, but we do now.
“It’s all about understanding the difficulties people may have when they come to a shopping centre and making things better for them. We want to make sure everyone feels comfortable and safe when they come to intu Braehead.”

Valerie Breck, Operational Director at Visibility, said: “We were delighted to train the staff at intu Braehead who are part of the pilot project.
“The training allowed the staff to get an insight into the challenges of living life with a visual impairment – especially when it comes to busy shopping centres.
“This pilot project of volunteer guides will certain give people the opportunity to shop without having to rely on family and friends and mean that they can buy surprise presents for their loved one’s birthdays and Christmas without them being there.
“Visibility wishes the project every success and hopes that it can be something that is considered by other shopping centres.  We are also grateful to the Big Lottery for the funding of the training for the staff.”