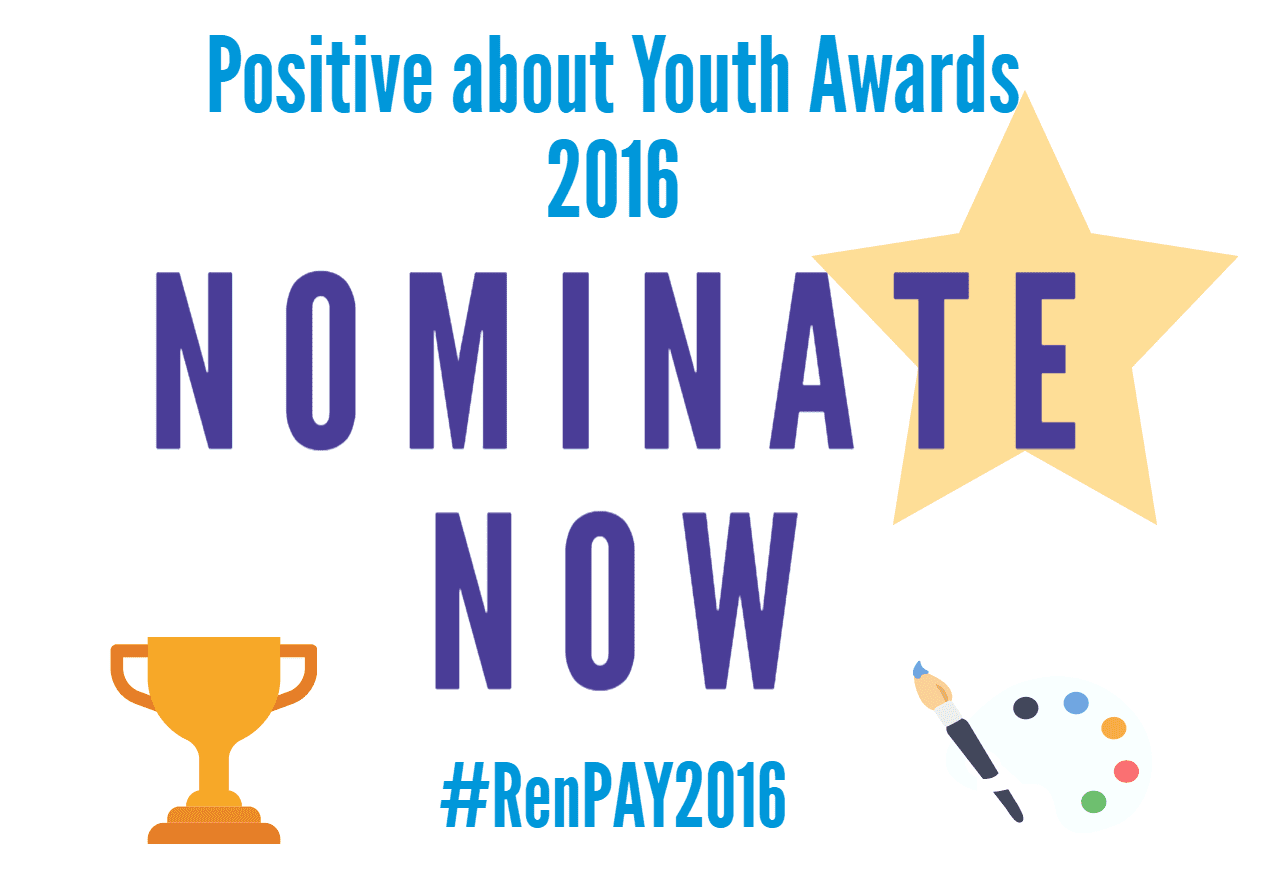 Do you know of young people who deserve to have their efforts or achievements recognised and celebrated?

That’s the deadline for submissions for the sixth annual Awards celebrating the outstanding qualities of young people in Renfrewshire – and this year’s celebration is bigger than ever before.

New to the 2016 event – which last year attracted dozens of nominations for six different awards – are:

Making a return in 2016 is the Young Musician of the Year category and others where RYV is looking for nominations are:

A list of finalists will be drawn up and the prizewinners announced at the PAY 2016 Awards Ceremony on 4 November in Johnstone Town Hall.

To make a nomination or find out more about PAY2016, see: https://www.surveymonkey.com/r/RENPAY2016

”The PAY Awards are a fantastic way to highlight the great things done by young people in Renfrewshire.

“Renfrewshire Council is pleased and proud to continue to support this showcase event and the wider work of Renfrewshire Youth Voice.

“We know we have an immense pool of talent and ability among our young people in Renfrewshire.

“So it’s immensely encouraging to see RYV members seek out the young people who contribute to community life here in so many wonderful ways.

“If you know of anyone who deserves to be recognised in the 2016 Awards, please get the nominations in as soon as possible.”

For more information on the PAY Awards 2016 and to submit a nomination, see:

Glasgow News? Daily Updates part of our network
Company to the rescue like telly’s DIY SOS

Support for Young Carers in Renfrewshire
Scroll to top