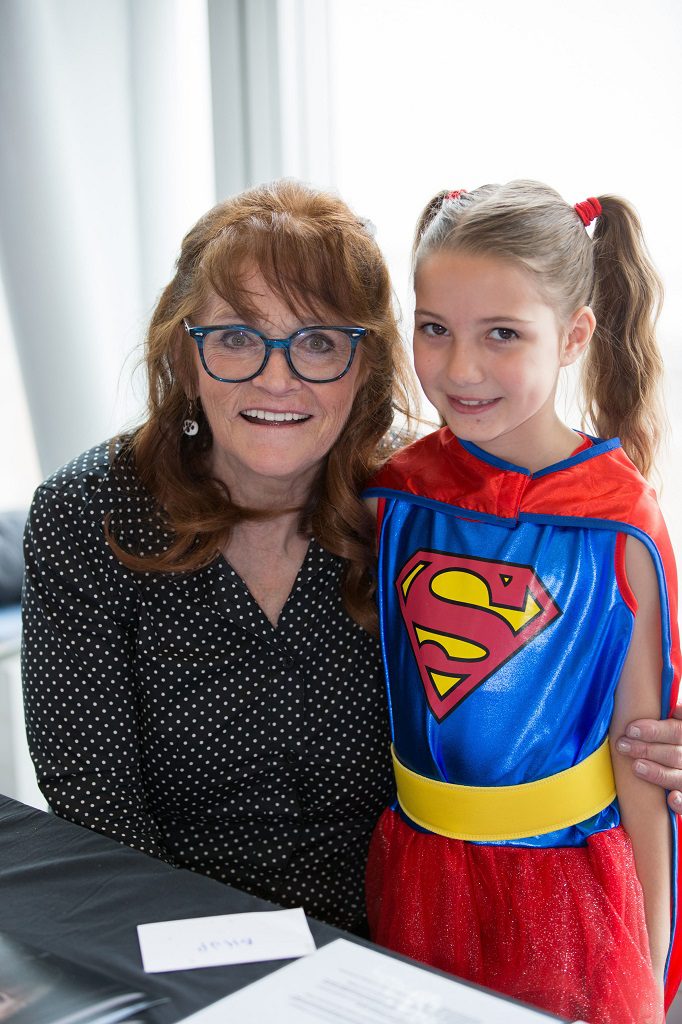 Little Emi Holt is a real Supergirl and she’s even got the outfit to prove it. and at the weekend, the eight-year-old from Johnstone got the seal of approval from Lois Lane – the girlfriend of Superman’s alter ego, Clark Kent. The Cochrane Castle Primary pupil met up with Hollywood actress, Margot Kidder – who played Lois Lane in the original Superman movies alongside Christopher Reeve – during the Film and Comic Con event held at the intu Braehead Arena.

During the two-day event people could have been forgiven if they thought they were in the middle of a sci-fi movie at the shopping centre. More than a few turned heads turned when some Imperial Stormtroopers joined shoppers for a stroll through the mall.

Thousands of film and comic fans came along to meet the stars of movies and TV series like Superman, Star Wars, Power Rangers and Lord of the Rings, Dr Who and Buffy the Vampire Slayer.

The event continues today (Sunday) when even more fans are expected to come along.

Marketing manager for intu Braehead, Christine Macdonald said: “You never know who you’ll bump into when you visit intu Braehead – family, friends, neighbours and the odd Stormtrooper, from the Galactic Empire who decided to do some shopping!
“The Film and Comic Con event at intu Braehead Arena is always a very popular event and lots of movie fans come dressed as characters from the movies.
“Our regular shoppers love it as well and there was no shortage of people taking selfies.”