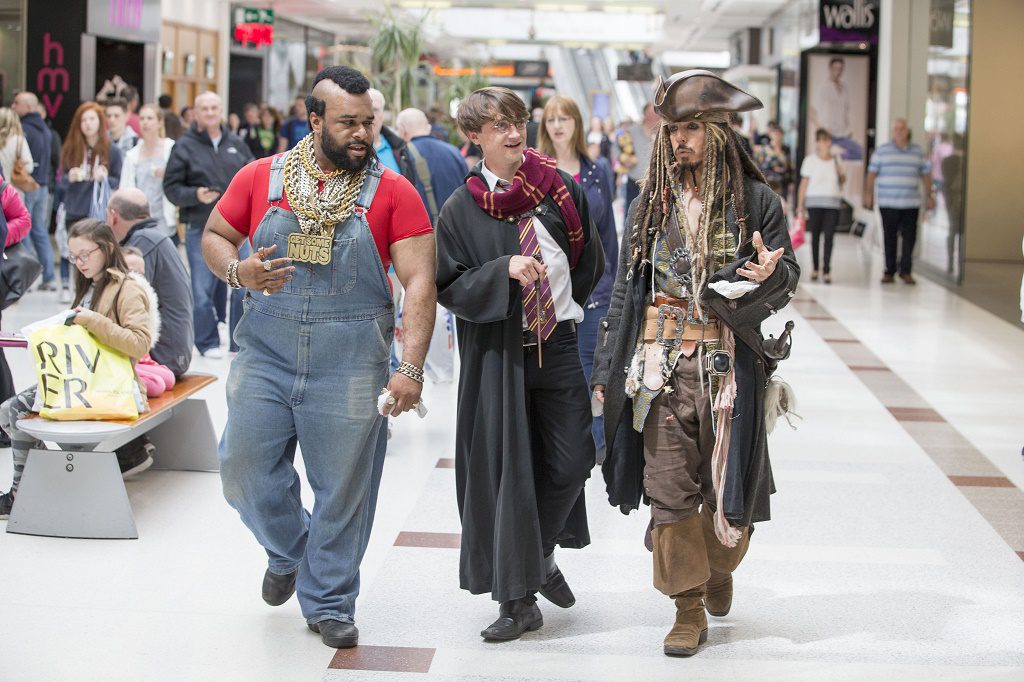 SHOPPERS couldn’t believe their eyes when they saw Harry Potter, The A Team’s Mr T and Jack Sparrow from Pirates of the Caribbean strolling around the malls at intu Braehead. And it took more than a double-take for them to realise that these famous celebrities were actually The Chippendoubles group who starred on Britain’s Got Talent TV show.

And it didn’t take long for four-year-old Harry Trowbridge, from Renfrew to enlist in Jack Sparrow’s pirate crew and join in the fun.

The celeb lookalikes were joined by doubles of David Beckham and David Brent, from The Office, performing in the shopping and leisure destination’s Everyone’s Invited weekend of free entertainment.

Marketing manager at intu Braehead, Christine Macdonald said: “When I saw The Chippendoubles performing, even I had to take a closer look to make sure we hadn’t booked the real thing!
“You could see the shoppers doing a double-take and the smiles spreading across their faces once they realised the famous celebs were lookalikes.
“And there was even more excitement when the stunt cycle team showed some amazing feats of skill and bravery.
“Everyone had a fab time with all the different entertainment going on.”