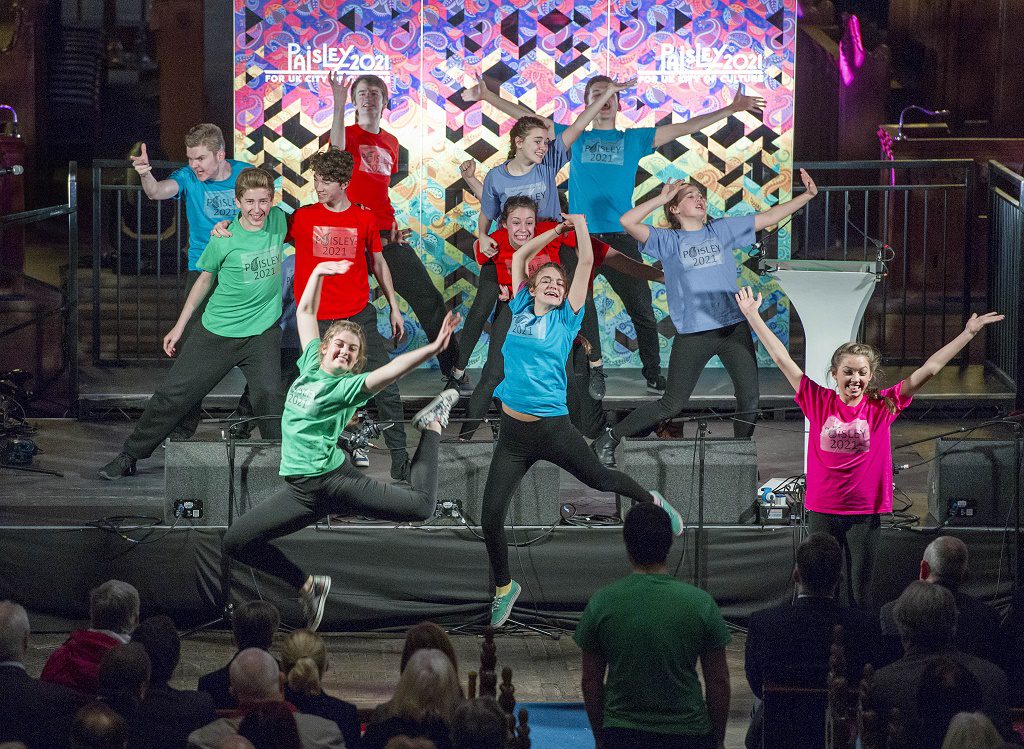 Cultural groups, performers and charities from across Renfrewshire are being encouraged to submit their applications to the Culture, Heritage and Events (CHE) Fund before the 1st August deadline. Created by Renfrewshire Council, the CHE Fund is a key component of Paisley 2021, the town’s bid to become UK City of Culture 2021. It was established to unlock and support the area’s creative potential by helping the cultural community organise its own events and projects in the run-up to the bid.

Applications are being sought for the second round of funding to be provided by the CHE Fund, which will deliver £500,000 during the next five years. Launched in March 2016, the fund made awards totalling more than £62,000 to 12 Renfrewshire projects in its first round of funding.

It’s open to any organisations or individuals from Renfrewshire, who wish to create or develop cultural or heritage activities specifically inspired by Paisley’s bid to be UK City of Culture 2021.

Successful proposals will demonstrate a compelling connection to Paisley’s bid, strengthen cultural activity in neighbourhoods and town centres across Renfrewshire, enhance the annual cultural calendar in Renfrewshire, and showcase the region’s talent, not just locally but in other parts of the UK.

Jean Cameron, Bid Director for Paisley 2021, said: “Applications are once again pouring in for the CHE Fund, highlighting the breadth, depth and quality of the cultural scene across Renfrewshire.

“The deadline for the next round of funding is fast approaching and we don’t want anybody to miss out on the opportunity to be in with a chance of securing support for their project. The passion and creativity contained in the applications we’re receiving is fantastic to see and further emphasises why Paisley is in a prime position to be named UK City of Culture in 2021.”

The first round of funding attracted 72 applications and the benefits are already being felt by the 12 groups who received awards. The successful applicants included Right2Dance, who received £13,946 to run free weekly dance classes and stage a new performance in 2017.

Another group to benefit were Renfrewshire Disability Art Forum, who will use their £6,000 to develop a range of creative solutions to help address cognitive impairment among the program’s participants. This will include digital artforms, printmaking, animation and music technology.

Information about and application forms for Renfrewshire Council’s Culture, Heritage and Events (CHE) Fund can be found at: http://www.paisley2021.co.uk/culture-fund/