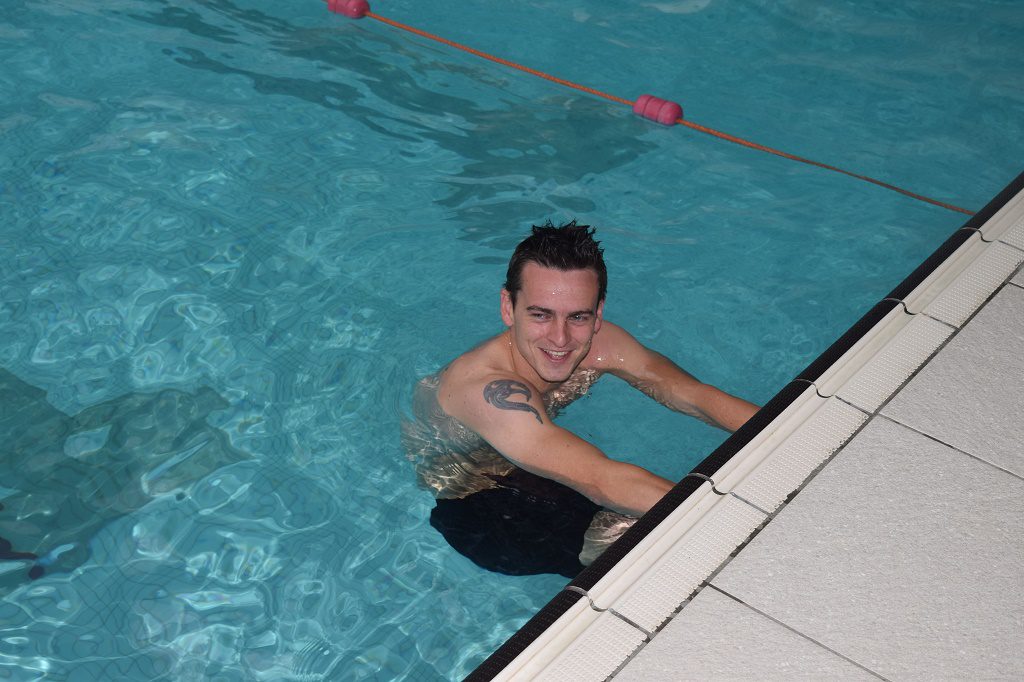 OLIVER McCamon is planning to swim the Irish Sea…but he won’t even leave Paisley.

The 28-year-old leisure attendant will swim the equivalent of 21 miles between Scotland and Ireland in the pool where he works, at The Lagoon leisure centre, in a bid to raise money for Yorkhill Children’s Hospital. Oliver, from Paisley will swim 1344 lengths in a marathon 15-hour session in the pool on Friday, July 29.

He decided to raise money for Yorkhill after both his children, Brayden, seven and four-year-old Mia had been treated there and this was a way of saying thanks to the dedicated staff at the well-known children’s hospital.
Oliver said: “I used to swim competitively when I was younger and I fancied setting myself a long-distance swimming challenge.
“After I’d done that I then had to decide which charity to raise money for by doing the swim.
“Fortunately, there was nothing seriously wrong with Brayden and Mia when they were at Yorkhill, but they got the best of care.”

Oliver has been training three times a week since last December and he’s confident he will complete his challenge.
He added: “I chose the distance between Scotland and Ireland because it’s an outdoor swim I’d like to do one day.
“I’ve been collecting sponsorship and have a JustGiving Page for the challenge, which I hope to raise about £2000 with.”