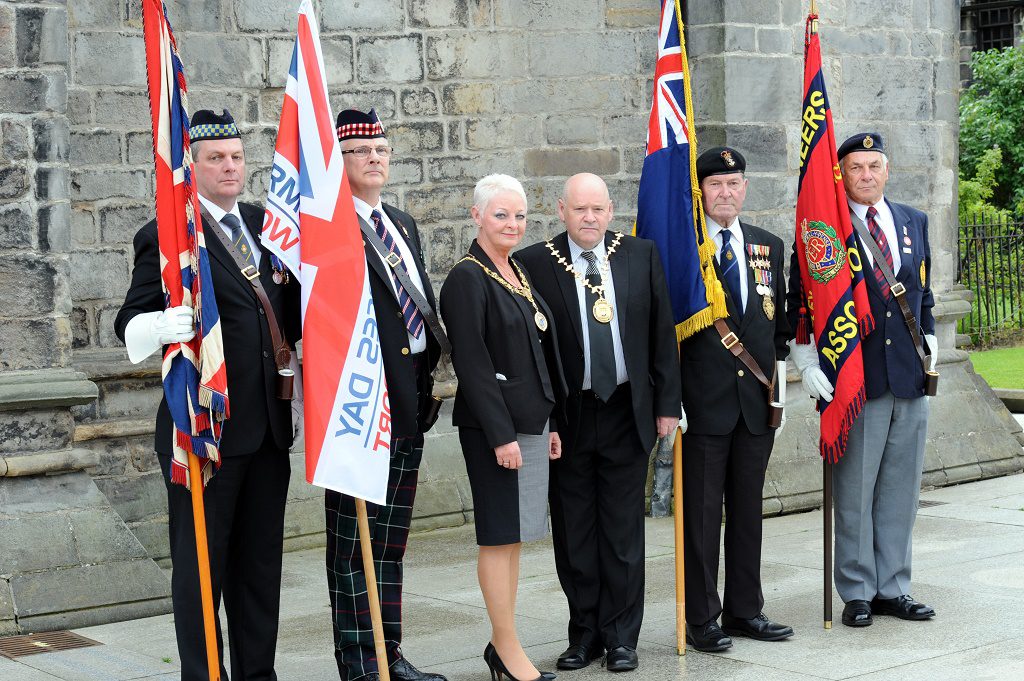 Renfrewshire and Inverclyde residents are being urged to join a ceremony to celebrate our serving military men and women. Serving troops, veterans and their families will join the Provosts of Renfrewshire and Inverclyde, as well as the Lord-Lieutenant of Renfrewshire, Guy Clark, to mark Armed Forces Day with a special ceremony in Paisley Abbey. Wreaths will be laid at the cenotaph in Paisley on Saturday 18 June, at 9:30am, to commemorate 100 years since the Battle of the Somme.

Reverend Alan Birss, Minister of Paisley Abbey, will lead a short service at 10am in Paisley Abbey to recognise the men and women who have served in the Armed Forces, both past and present.

A collection will be held at the service and all donations will be divided equally between Erskine, SSAFA and Royal Engineers Benevolent Fund.

Following the service tea and coffee will be provided within Paisley Abbey.

In addition to the service 102 Field Squadron will parade on the day as will the Royal British Legion Scotland- Paisley Comrades branch.

Renfrewshire Provost Anne Hall said: “It is important we recognise the important work and sacrifices which our Armed Forces make to protect our country.

“Armed Forces Day gives our communities the opportunity to come together in support of our servicemen and women.

“I hope we see a large turnout to mark their outstanding contribution and pay our respects to those we have lost.

Inverclyde Provost Robert Moran said: ““It is important that we remember the work being done now and in the past by our Armed Forces.

The events around Armed Forces Day give us a chance to show our respect and to show our appreciation for those who put themselves in harm’s way for us. They offer to pay the ultimate price to defend our freedom. I hope you will join us on Armed Forces Day to show those who are currently serving and to our veterans that their work matters every day of the year.”

As well as the joint service with Inverclyde, Renfrewshire will host a flag raising ceremony on Friday 17 June, at 11am, outside Renfrewshire House.

President of the Royal British Legion- Paisley Comrades branch, George Gaughan, will raise the flag which will fly for seven days.

Inverclyde will host a flag raising service on Monday 20 June, 10:30am, at Clyde Square, Greenock.