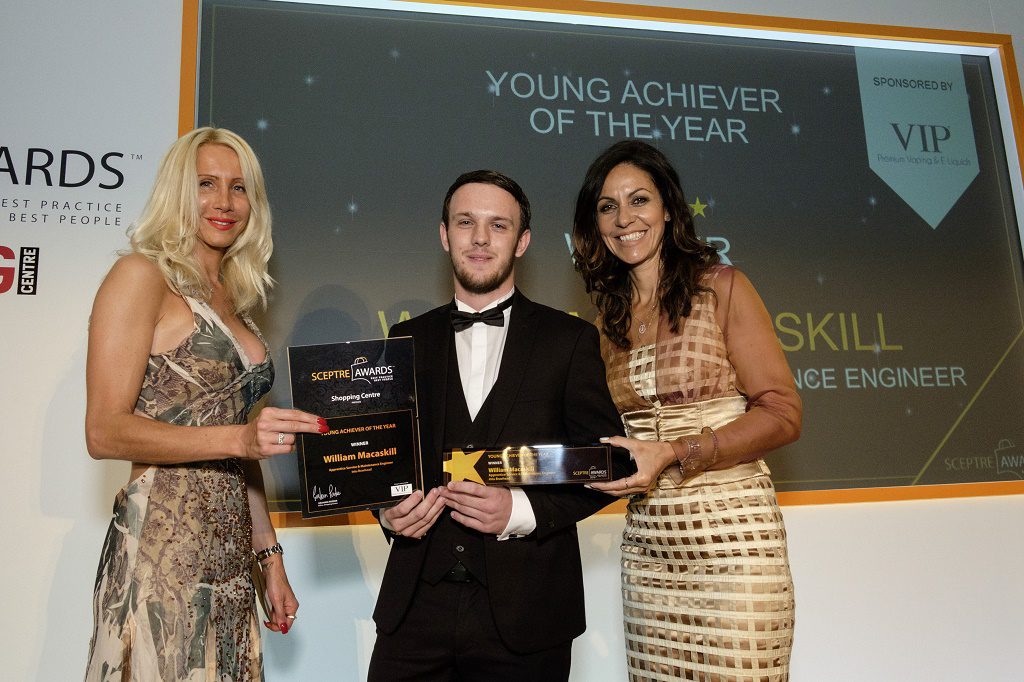 AN apprentice  who works at intu Braehead shopping centre has won a top national award. William MacAskill, 22, scooped the Young Achiever of the Year category at the annual SCEPTRE Awards and was presented with the accolade at a ceremony in The Dorchester Hotel, in London.

The SCEPTRE Awards recognise best practice and the best people working in shopping centre management throughout the UK.

William is in the third of a four-year service and maintenance engineer apprenticeship, at intu Braehead where management there have praised his work and commitment.

It’s not the first time William has picked up an award, as he’s previously won Glasgow Kelvin College’s Best Apprentice of the Year and went even further by being awarded a Scottish National Apprentice of the Year Award.
General manager at intu Braehead, Gary Turnbull said:
“We’re all delighted for William and winning the Young Achiever of the Year Award is well deserved. He’s a great example to young apprentices.
“William’s performance at work is first-class, as he’s a hard-working young man who’s a great asset to the shopping centre.
“He’s desperate to learn and is always asking to be sent on specialised training courses on top of the college work. By the time his apprenticeship is over, he’ll have more qualifications than the journeymen who are presently in charge of him.”
After receiving his award, William said: “This a real honour for me and I had no idea that I would get through to the final, never mind win the award. I was ecstatic when my name was read out as the winner.
“I’m a great believer in getting the head down, working hard and being determined to do the best I can. And I’d tell any young apprentice just starting that if they put in the effort they’ll reap the rewards.”