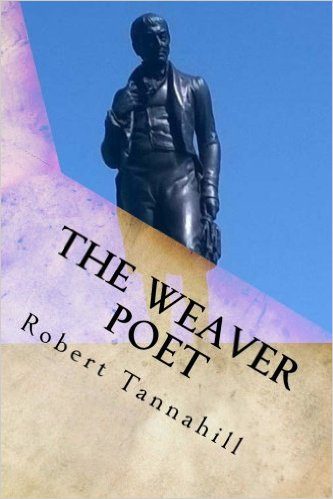 Claire Casey is a qualified archaeologist who has worked on a number of sites throughout Scotland, Ireland and England. This included a Neolithic settlement site in Orkney. She is currently working on number of writing projects. In her spare time, Claire is a Viking re-enactor who regularly takes part in the Largs Viking Festival.

“I have independently published a collection of songs and poems by Robert Tannahill. This came about, after I had a conversation with a friend of mine, and Tannahill had cropped up. My friend had never heard of Tannahill and when he had checked for his work on Amazon, he found that it was most faximilies and costing more than he was willing to spend”.

“I had decided that it would be something that I would work on. As well as collecting his songs and poems, I also wrote an introduction. I have tried to make sure that it was being sold at a reasonable price”.

“I personally think that Tannahill is worthy of being remembered. and his work needs to be recognised. With the Paisley 2021 City of Culture bid, I think that it is the perfect time to highlight the work of Paisley’s Weaver Poet”.

The paperback and kindle versions of the collection are both available on Amazon.