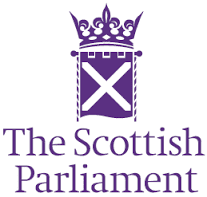 Renfrewshire’s election team is urging local residents to ‘act now’ to make sure they will be able to vote at the Scottish Parliamentary election. Renfrewshire voters will help select seven MSPs for the West of Scotland Region, and one MSP from each of three local constituencies: Paisley; Renfrewshire North and West, and Renfrewshire South, at the election on Thursday May 05.

To be able to vote, people must first be on the electoral register.

Election officials are reassuring anyone who hasn’t yet secured their vote that there is still time to do so.

“We would stress that it is a quick and simple process to register to vote either online or in person,” said a spokesperson for Renfrewshire’s election team.

“People can check if their name is on the electoral register by asking in any local library.

“If they still require to register, they can do so online at  www.gov.uk/register-to-vote.  Renfrewshire residents can get a paper copy of the registration form by contacting the electoral registration office on 0300 300 0150.”

While the first batch of postal votes will be issued later this week to those who have already requested them, anyone requesting a postal vote between now and April 19 will receive them from April 25 onwards.