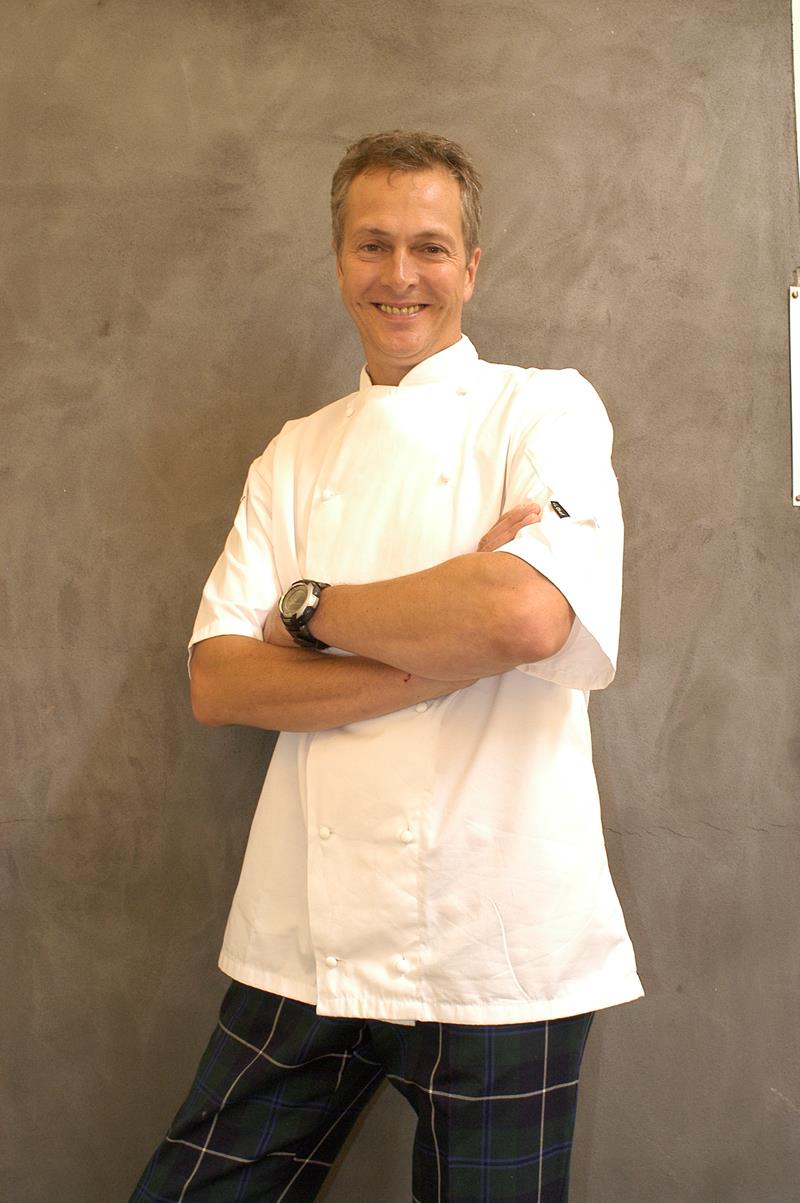 Paisley is getting set for a day-long taste sensation – with a free food festival featuring top TV chef Nick Nairn and street food from across the globe.

The Paisley Food Festival returns on Saturday 23 April after a successful debut last year – and Michelin-starred chef Nick will be sharing the tips of the trade during two live cookery demos.

Other crowd-pullers at the family-themed event include kids’ TV favourite Mr Bloom – who performed last year – who will again be live on the main stage in Abbey Close.

The food festival is run by Renfrewshire Council and is taking place alongside Renfrewshire CAMRA’s ever-popular Paisley Beer Festival – now in its 29th year – which will be in Paisley Town from Wednesday 20 to Saturday 23 April.

The day-long culinary carnival will feature street food from more than 30 different vendors serving up everything from premium quality burgers, wood-fired pizzas, and pulled-pork hog roasts, to cheeses, confectionary and coffee.

There will be an international flavor, with vendors selling cuisine from Scottish, Indian, Italian, Mexican, African and other varieties – and a pop-up Rum Shack offering Caribbean food and a carnival atmosphere.

The event is on from noon until 9pm with live entertainment throughout the day on the main stage, provided by musicians from local groups Create Paisley, Loud ‘n’ Proud and Brick Lane Studios.

Spaces for the workshops and the Nick Nairn cookery demos (which will take place at 2pm and 4.30pm) are limited and will need to be booked in advance. Full details of times and of how to book are at www.renfrewshire.gov.uk/events

Nick Nairn said: “”I am delighted to be part of such an exciting food festival and fully support Paisley bringing together such fantastic street food traders.

“I’m looking forward to trying out the wide variety of street food, especially Poporopo, who recently won an award at the Stirling Chamber of Commerce Business Awards – it looks set to be a great day.”

Renfrewshire’s Provost Anne Hall said: “The Paisley Food Festival was a massive success when it took place for the first time last year – with around 5,000 people turning out in Abbey Close on the day.

“This year’s event is set to be even and bigger and better – having been extended into the evening and with more vendors and attractions than before.

“With the beer festival happening at the same time I am sure it will be a great day out and I would encourage people to come down and support the event.

“Events like this are a great way to bring people in and show off everything Paisley has to offer as the town’s bid for UK City of Culture 2021 builds momentum.”