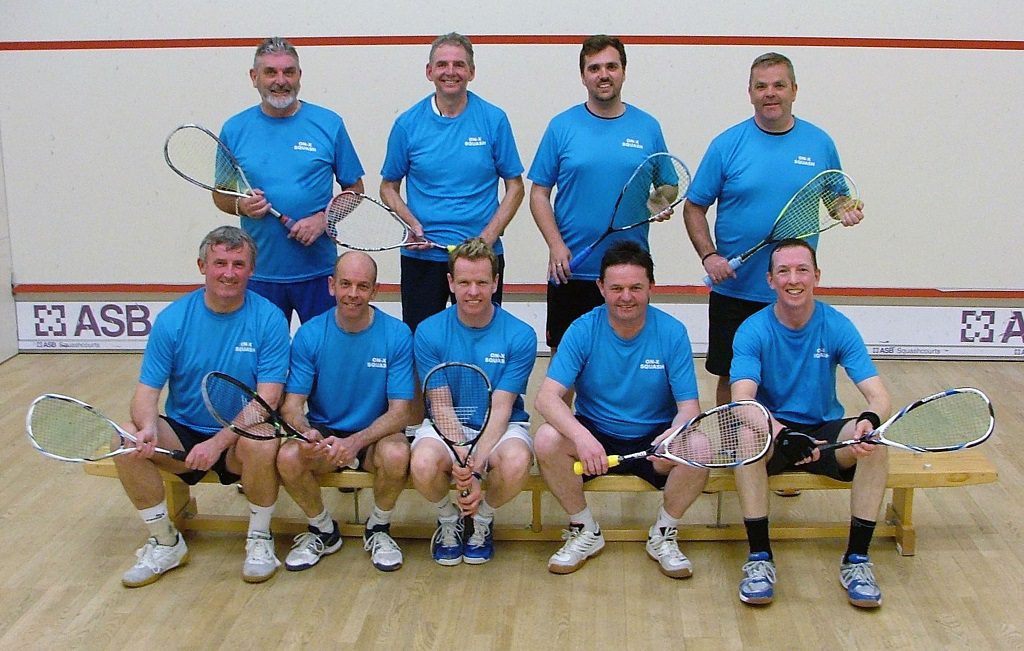 There might be championship-winning squash club at the ON-X Sports Centre in Linwood – but there’s plenty room for even more members. The ON-X Squash Club has had a hugely successful inaugural season with their first team romping home to win Division 5 of the West of Scotland League by 57 points and being promoted. The second team came third in Division 6 and won promotion to Division 5. The club – sponsored by Commercial and Asset Finance Ltd – plays at the ON-X on a Wednesday night and a Saturday morning.

Club captain Blair Michie said: “We’ve had a fantastic first season and we’re aiming to repeat our success next season. “At the moment, we have fourteen members and running two teams. We’re looking for new members to join us and if we get enough new players we’ll get a third team going as well”.
“Playing squash is great fun and obviously, it’s a great work out and excellent for developing your fitness.
“It doesn’t matter what standard a squash player you are we’d welcome you along to the club and we can organise coaching sessions for people who haven’t played much squash or even never played before.”

PLAYER OF THE YEAR AWARDS NIGHT-REPORT
Scroll to top