Renfrewshire Council’s green credentials have been further boosted by the introduction of 14 new electric vans and two electric buses to its fleet. 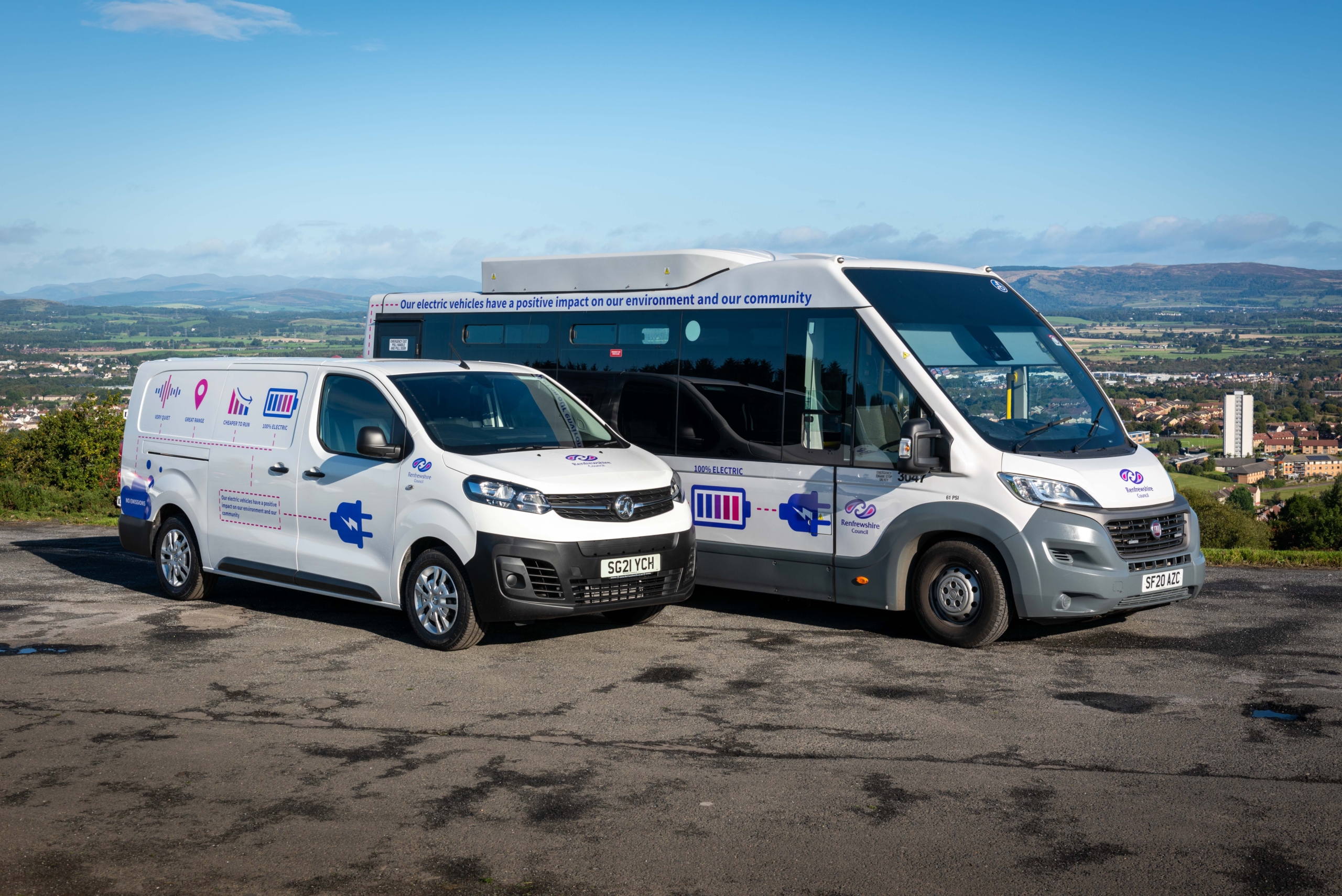 The new zero-emission vehicles can cover up to 200 miles per charge, have reduced maintenance costs and can be linked to existing technology within the fleet which monitors their performance.

As part of Renfrewshire’s climate change commitments, the vehicles will replace diesel versions as the Council aims to transform a fleet that now contains 119 fully electric vehicles – almost one-third of the entire fleet.

Ultra-low carbon fuel is currently used in all vehicles and alternative fuels, including hydrogen, are also being proactively explored to identify their benefits and viability for inclusion in the future replacement programmes.

Councillor Cathy McEwan, Convener of Renfrewshire Council’s Infrastructure, Land and Environment Policy Board, said: “Climate change is a key priority of this Council and is considered in every decision that we make now and in the future.

“Transforming our fleet into one that creates zero-emissions will take time, but I’m delighted that almost one-third is now fully electric and these new vehicles are a great step in the right direction.”

The new electric vans will be used to support the Building Services teams as they carry out upgrades and repairs across the area, while the buses are already supporting the Social Transport service.

Councillor Marie McGurk, Convener of Renfrewshire Council’s Communities, Housing and Planning Policy Board, said: “It’s important that, wherever we can, we try to reduce our emissions and replacing diesel vehicles with electric is something that we’re committed to doing wherever possible.

“The new vehicles have a great range to allow our teams to travel across Renfrewshire while not negatively affecting the environment and I look forward to seeing them out on the roads helping our teams carry out key public services.”

In 2019, Renfrewshire Council declared a climate emergency in Renfrewshire and a working group was set up with members of all political parties to make recommendations on how to make Renfrewshire carbon neutral by 2030.

The Climate Change Action Fund has been created to support innovative projects and initiatives being developed by Council services in response to the climate emergency.

The Council has committed £1million to the fund, with the electric vehicle replacement programme receiving £258,000 to purchase the new zero-emission vans.

For more information on the Council’s work to tackle climate change in Renfrewshire, visit www.renfrewshire.gov.uk/climatechange.

The Bungalow Events this coming week
Scroll to top