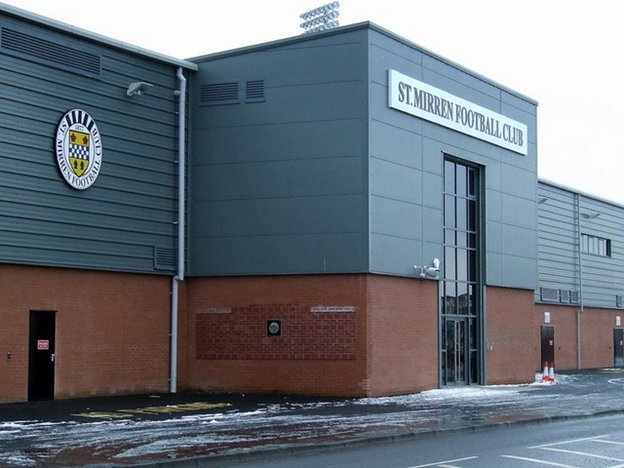 Scottish Premiership outfit St. Mirren FC are just one win away from the total number of victories they snatched the whole of last season. While they’re far off the top of the table, things are going more positively under new boss Jim Goodwin. And, with 10 games left, including three in hand, there’s still a lot they can do to climb up.

The Saints are currently on 23 points after 20 games played, sitting at eighth in the standings, and could theoretically catch up to all the teams above them, save Champions elect Rangers FC, providing they take maximum points from the games they’ve left to play. Of course, that’s only in theory but, having won just seven games last season, they’re on six wins ahead of their clash with ninth-placed St. Johnstone scheduled for this Saturday.

Goodwin appears to be the man for the job for the time being and has been in the news quite a lot as of late. The former midfielder was accused of influencing the match referee to award his side a penalty against Motherwell this past Saturday, with The Buddies drawing 1-1 thanks to a successful equalising spot-kick from Jamie McGrath in the 79th minute that cancelled out Devante Cole’s 27th-minute goal.

“I thought at the time it was a penalty, I definitely heard the sound of contact in the box,” Goodwin said after the game. “Bobby Madden is a top referee, hence why he was chosen for the Old Firm a couple of weeks ago. In my opinion, he’s one of the best in the country.

“If he’s not made the right decision on this occasion then I’m sure he’d be the first one to hold his hands up. I probably shout too much on the sideline, but I just can’t help it. You want any kind of break of the ball you can get in every game.

“I’m pleased to get the penalty, which earned us a point, but I think over the piece we deserved a draw.”

“We’ve been harshly dealt with at the penalty,” he told reporters. “I thought it was coming because there was an influence, I felt. There was a lot of noise on every challenge, and I mean every challenge.

“I’ve seen it back and it’s a limited touch, if any at all.

“I feel for the guys in there because I don’t feel they deserved to score against us. I am not going to talk about the referee. He managed the game well and did what he could. They have a split-second decision to make but as a very experienced manager, you can feel these things coming.”

How far St. Mirren can go remains to be seen. With the title all but claimed, there’s still a lot to be decided where this season is concerned, and still a lot to bet on. SBR has the Scottish Premiership Betting Odds, with lots of action to come this weekend. 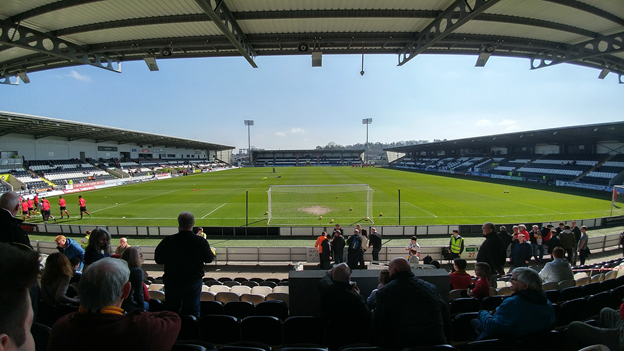 Meanwhile, Goodwin has urged all Premiership teams to voice their concerns over forfeiture punishments related to COVID-19. St. Mirren nervously awaits a decision on their appeal to the Scottish Football Association over the severity of their punishment for contravention of COVID-19 protocol.

St. Mirren and Kilmarnock were both handed 3-0 defeats after being found guilty of breaches in early December, with Motherwell awarded wins against both teams, while Hamilton were given a win over The Buddies. The clubs also received £40,000 fines which are suspended until June of this year.

St. Mirren have appealed the decision and should know their fate by this Thursday.

“Hopefully common sense will prevail and the appeals panel will understand how difficult the situation we’re in has been,” Goodwin said. “I think it’s time that every other club out there who are not involved in this joined in and showed they’re not happy with it either.

“I don’t think it’s fair to punish the clubs with points sanctions because, not only are you punishing us, you’re punishing the other teams as well. All of a sudden Motherwell leapfrog other teams and it could have a big impact financially on everybody.

“The likes of Livingston, Kilmarnock, Hibs, all these other teams. Every place in the league is worth a lot of money. Sometimes they’re worth places in Europe, and sometimes it’s the difference between staying in the league and getting relegated.

“It’s not only the teams involved that are affected, it’s every other team too that will be affected by this.”

The manager hopes for leniency from the panel given the way the coronavirus has spread throughout other leagues in England and Europe, pointing to the likes of Premier League sides, Manchester City, Tottenham Hotspur, and Newcastle United.