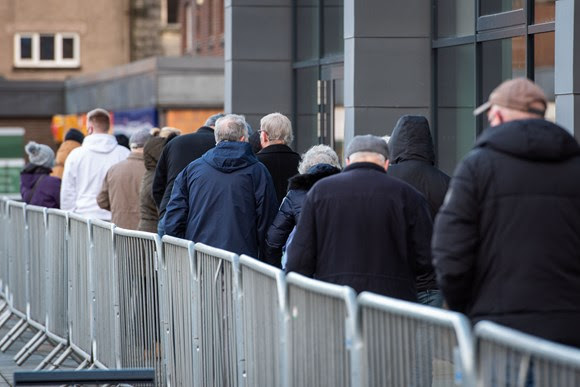 The first pilot of lateral-flow testing in Scotland at a fixed site has concluded with more than 5,000 local people tested over the course of eight days.

Designed to identify asymptomatic people in the community (those without any symptoms), the quick and simple swab test was open to anyone who lived, worked or went to school in Johnstone.

Test results were returned in around 45 minutes and anyone found to be positive was asked to complete a follow-up PCR test to confirm the result, before being provided with the appropriate support to complete their period of self-isolation.

The testing centre ran at Johnstone Town Hall for 12 hours each day and was delivered and operated by Renfrewshire Council. This was the only fixed site for this type of testing in the country and involved more than 100 staff from the council and its partners.

Councillor Jacqueline Cameron, Chair of the Renfrewshire Health and Social Care Integration Joint Board, said: “I’m so proud of the people of Johnstone for taking part in this pilot as we look to learn more about the virus, how to combat it and stop its transmission.

“More than 5,000 people is a fantastic turnout and the selflessness of local people will help inform the future decisions made by the UK and Scottish Government – so we really have played our part in the Coronavirus response.

“Thank you to all that took a test over the past eight days and also to the fantastic staff who ran the testing centre safely and efficiently and ensured that the pilot can be considered a success.”

All testing figures, including positive, negative and void tests, have been reported to the Scottish Government and Public Health Scotland who will now assess and verify the figures before publication.

For more information on the pilot, visit www.renfrewshire.gov.uk/get-coronavirus-test-Johnstone.