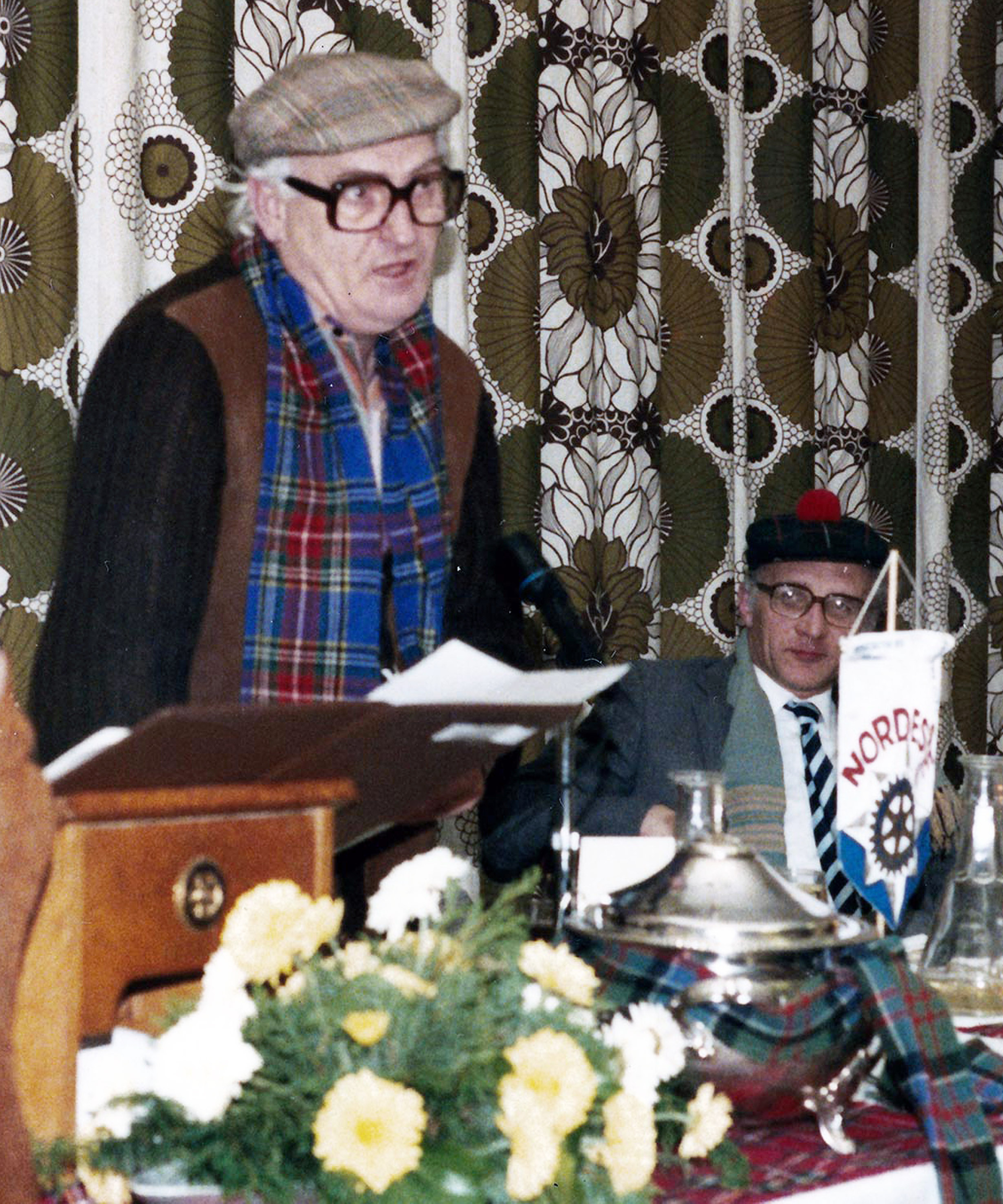 A new film on the life of Walter McCorrisken – who called himself the World’s Worst Poet – is being premiered on a recently-launched internet TV channel.

The film, called The Renfrew Rhymer will be broadcast on Renfrewshire Leisure’s online channel, Ren TV on Sunday, June 7 at 7pm.

With the help of Walter’s son, Richard, filmmaker, Paul Russell tells the amazing story of the Renfrew poet and writer’s life and how his eccentric verse brought national attention when he was a guest on the Parkinson and Barrymore TV shows among many other TV and radio appearances over three decades.

Walter worked at Glasgow Airport, but spent much of his spare time writing hilarious poems and published ten books of poetry including A Wee Dribble of Dross, which sold thousands of copies.

The Renfrew Rhymer film is the highlight of this year’s Renfrew on Film event, which is usually held in Renfrew Town Hall as part of Renfrew Gala Week. But because of the current coronavirus lockdown, the festival of film has been moved online to Ren TV.

As well as the Walter McCorrisken story, Renfrew On Film will also give people a nostalgic look into the past with films showing life in days gone by.

Paul Russell said: “As a film-maker, and with this specific Renfrew on Film event in mind, I’m always looking for interesting local stories to tell, and Walter appealed as an intriguing local character.  Walter was very much in the Bud Neill and Chic Murray style of gentle, parochial humour that I already adored so much, self-effacing, clever with language, slightly surreal, immediately disarming and hilarious.
“Walter passed away in 2004 and I felt his brilliantly funny poetry was at risk of being lost to future generations.  Hopefully this film will help people remember his poems but also learn a bit more about the man behind them.
“Renfrew on Film is a very popular and much anticipated feature of Renfrew Gala Week.  It is was the natural place to launch this film, being Walter’s home town, and the film shall be the centrepiece of a suite of local films screened online in place of this years Town Hall event.”

Renfrewshire Leisure chairperson, Councillor Lisa-Marie Hughes said: “Renfrew on Film has become a much anticipated staple of the Gala Week and hopefully this year’s event will help people celebrate Renfrew, its rich traditions, special days, past memories and its people.

“We are particularly delighted to be premiering Paul Russell’s fabulous Walter McCorrisken Film, which shines a light on the life and work of one of the wonderful characters who makes Renfrew the great place it is ”

Glasgow News? Daily Updates part of our network
Does time management help students to get better results in college?