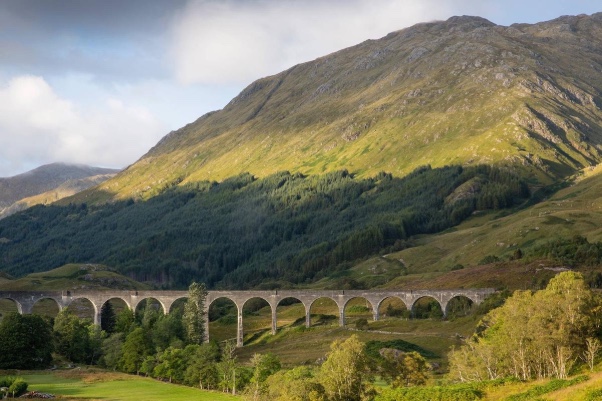 Once upon a time, Scotland was just that, Scotland. People thought of it for its rainy weather, the delicacy haggis and the Scottish bagpipes played on every street corner. Stereotypes aside, for many years Scotland was actually overlooked as a place to live and was more considered a place to spend a weekend every now and then if you crossed your fingers that the sun might shine! However, time are certainly changing, and it seems now that people are finally starting to realise the beauty of Scotland, and all of the positives there are to living there. Here are some of the top reasons why many people are packing up their lives and moving them up North to Scotland.

One of the most popular reasons why Scotland is becoming an increasingly desired place to live – especially for young people – is that it provides free education. Unlike the vast majority of UK universities who charge astronomical fees for students that they loan and ultimately leaves them in lifelong debt, undergraduate students are not charged for their degrees, so long as they’re from within the European Union. Despite Brexit, current students have been reassured that whatever may happen when the UK does eventually leave the EU, that their free place is safe within their respective universities.

A lot of the universities in Scotland are also high-ranking, with St. Andrews scoring particularly highly. Not only this, but a lot of the buildings themselves are reminiscent of old castles, like the famous Harry Potter school Hogwarts. This is often hugely appealing for future university students as it really promises to give the full university experience. Plus living and learning in a very aesthetic building has got to be nice, right?

As far as the celebration of culture goes, Scotland is first class. Its famous institutions include the Royal Conservatoire of Scotland, and the Glasgow School of Art. This is not even to mention the Edinburgh Film Festival, and the annual Edinburgh Fringe Festival that spans over a number of weeks and encourages a massive influx of tourists. So many cities that boast to be art-hubs, for example London, are overpriced and can be entirely inaccessible for the average person because of their astronomical prices. Here in Scotland, art is cheaper to experience, and therefore being able to soak up the artistic culture in this country is more accessible to a wider range of people.

The Opportunity for Adventure

Scotland is surrounded by the opportunity for adventure, with you having to do no more than jumping on a train or driving the car. In fact, it’s so compact, that living here you don’t have to choose between the tranquil seaside, the mountains or the stunning lakes – you can experience up to all three in the space of one day. So many families wish they could bring their children up with a more outdoor based lifestyle and relocating to Scotland makes this possible. A lot of people argue that therefore, Scotland provides families with an overall healthier and better quality of life. One of the things that often puts people off relocating when they have families is the overall stress it can cause, but if you do your research effectively and enquire with companies such as https://www.readysteadysell.co.uk/scotland/ you can look into the possibilities of relocating, without all of the hassle.

The NHS and Free Healthcare

This is more relevant to those moving to Scotland from outside of the UK, but in Scotland, once a citizen you’re also entitled to free healthcare, for as little as a small contribution from the employed. You don’t realise until it’s not accessible, what a literal life saver our NHS is. After all, everyone should be entitled to caring and effective healthcare, not just those who can afford it, and Scotland makes it accessible for everyone.

Last but not at all least, the sheer scale of the landmarks readily available to view in Scotland is indescribable. Sometimes it does us good in life to remind ourselves of how small we are in comparison to the greater world and my goodness does Scotland help us do just that! Whether you choose to take a drive through Glen Coe, or a trek up to Arthur’s Seat, you’ll be sure to remember just how vast the world is! Not only this, but so much of Scotland’s wilderness is untouched and immaculate, therefore its countryside makes for a beautiful day trip. What’s not to love?

Glasgow News? Daily Updates part of our network
Why Dental Care is Important for Cats and Dogs

SCOTLAND IS CHARGING AHEAD – WHILE WESTMINSTER POWERS DOWN
Scroll to top