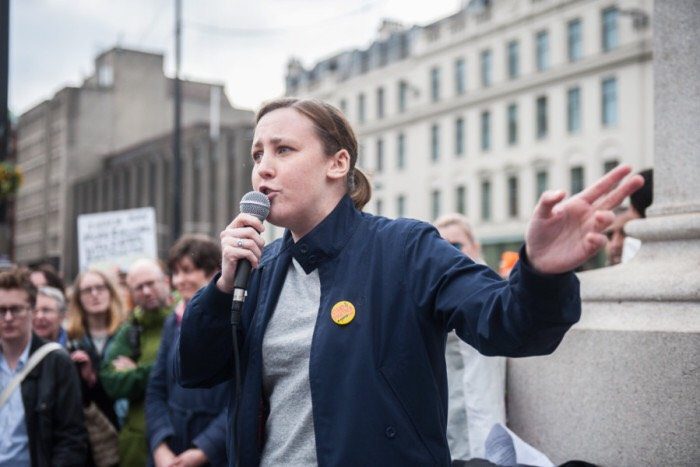 A UN expert has said that UK ministers are living in a “state of denial” over the extreme poverty existing around the country, and has welcomed the Scottish Government’s attempts to counteract Westminster welfare cuts.

The UN Rapporteur for extreme poverty and human rights, Philip Alston, said today that he was extremely surprised that UK Ministers were “happy” with the way in which their welfare policies were playing out. Mr Alston was speaking at the end of his ten day investigation into poverty in the UK.

The human rights expert visited areas across the UK, including Edinburgh and Glasgow, during his investigation, and has reported on the effects of the UK Government’s failing efforts to tackle poverty in the UK, the impact of austerity measures, welfare cuts, Universal Credit, and Brexit.

Mr Alston also highlighted that many of the flaws in the social security system were a result of political choices, saying that “if a new minister was interested, if a new government was interested, the worst aspect of these policies could be changed overnight and for very little money”.

Esther McVey – who has steered the shambolic roll-out of Universal Credit since January – resigned yesterday in protest at the Prime Minister’s handling of a Brexit deal, after facing months of criticism for her refusal to scrap the botched policy.

“the UN Rapporteur has confirmed what many have been saying all along, the UK Governments austerity programme targets societies most vulnerable people and has shifted thousands of people into absolute poverty.

“In Renfrewshire we have seen a drastic rise in food bank use since the rollout of universal credit. Food banks are not part of the welfare state. They are a symbol that the welfare state is failing.

“It is time for the Scottish Parliament to have the full powers to prevent even more people being dragged into hardship. We can have a fair welfare system that puts people’s dignity at the forefront.”