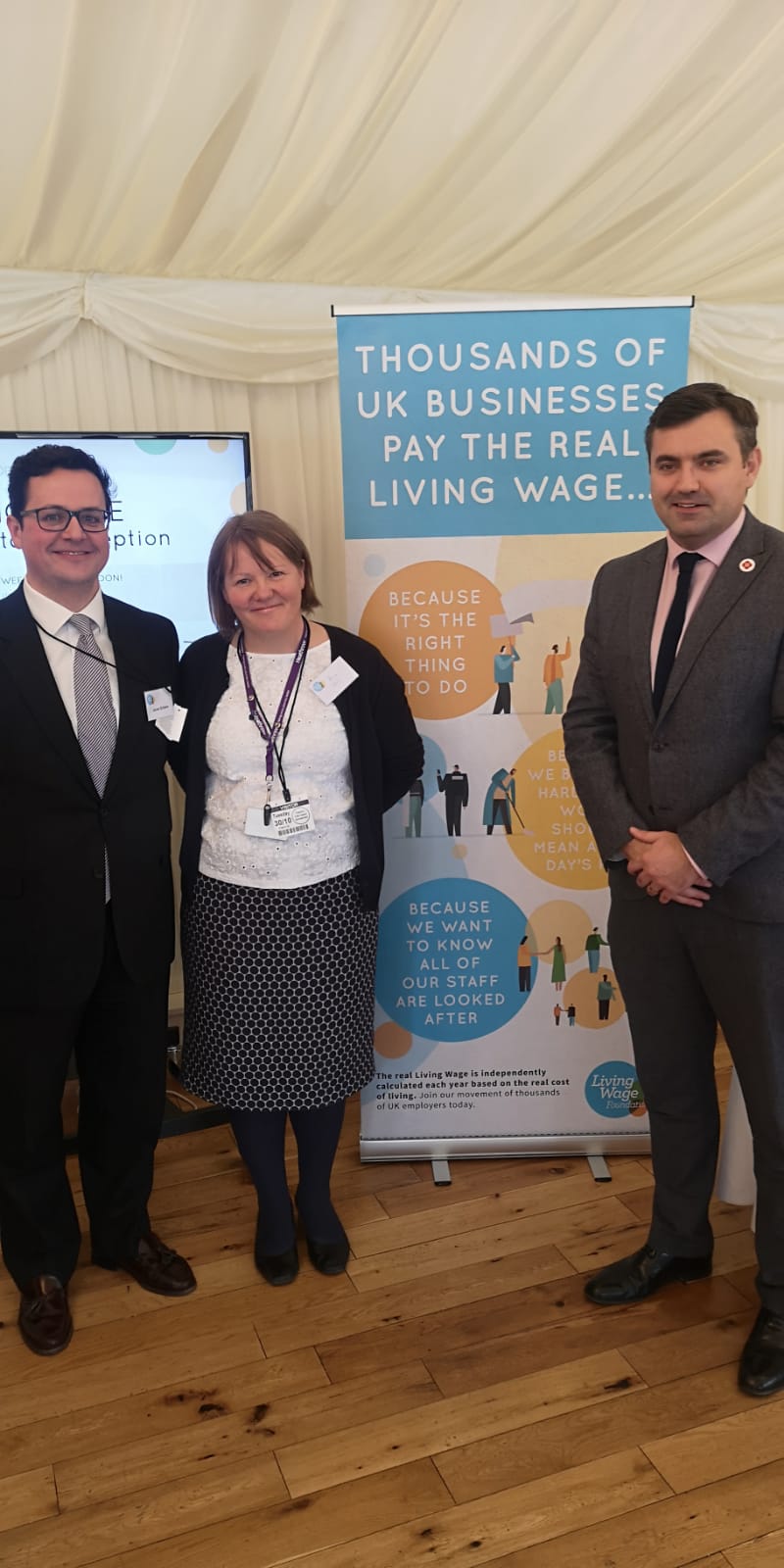 Gavin Newlands, SNP MP for Paisley and Renfrewshire North, has met with local Living Wage accredited employers to discuss their approach to fair pay for a fair day’s work.

The Living Wage Foundation held a reception in Westminster this week to discuss its upcoming strategies and the need for the national adoption of a true real living wage beyond what the UK Government currently legislates for.

Following this event Newlands met with representatives from the Heathrow Logistics Centre in Hillington, which is in Paisley and Renfrewshire North, to discuss the positive impact that that the real living wage has had on their staff.

Gavin Newlands, MP for Paisley and Renfrewshire North, has welcomed the progress towards a real Living Wage:

“It is encouraging to see growing numbers of employers in my constituency offering a real living wage.

“The Tory Government’s so called ‘national living wage’ does not allow many people to meet their expenses and lead full and dignified lives free from financial stress. The Living Wage Foundation has been at the forefront of the campaign for a fair wage for all and has been tireless in challenging the UK Government’s poverty minimum wage.

“Scotland boasts the highest rate of employees paid the Living Wage anywhere in the UK outside the South East of England. The Scottish Government has been steadfastly committed to the Living Wage.

“The same cannot be said of the Tory Government. As well as the UK’s minimum wage being almost a pound lower than the real Living Wage, it doesn’t even apply to those below the age of 25. At this week’s budget, the Chancellor could have equalised the pay for under 25s. Yet he is happy for our young people to be paid significantly less than their colleagues, needlessly restricting their opportunities. Equal work should always mean equal pay.”

“The UK Government should look to the success in Renfrewshire, and raise the minimum wage in line with the real Living Wage, for all.”