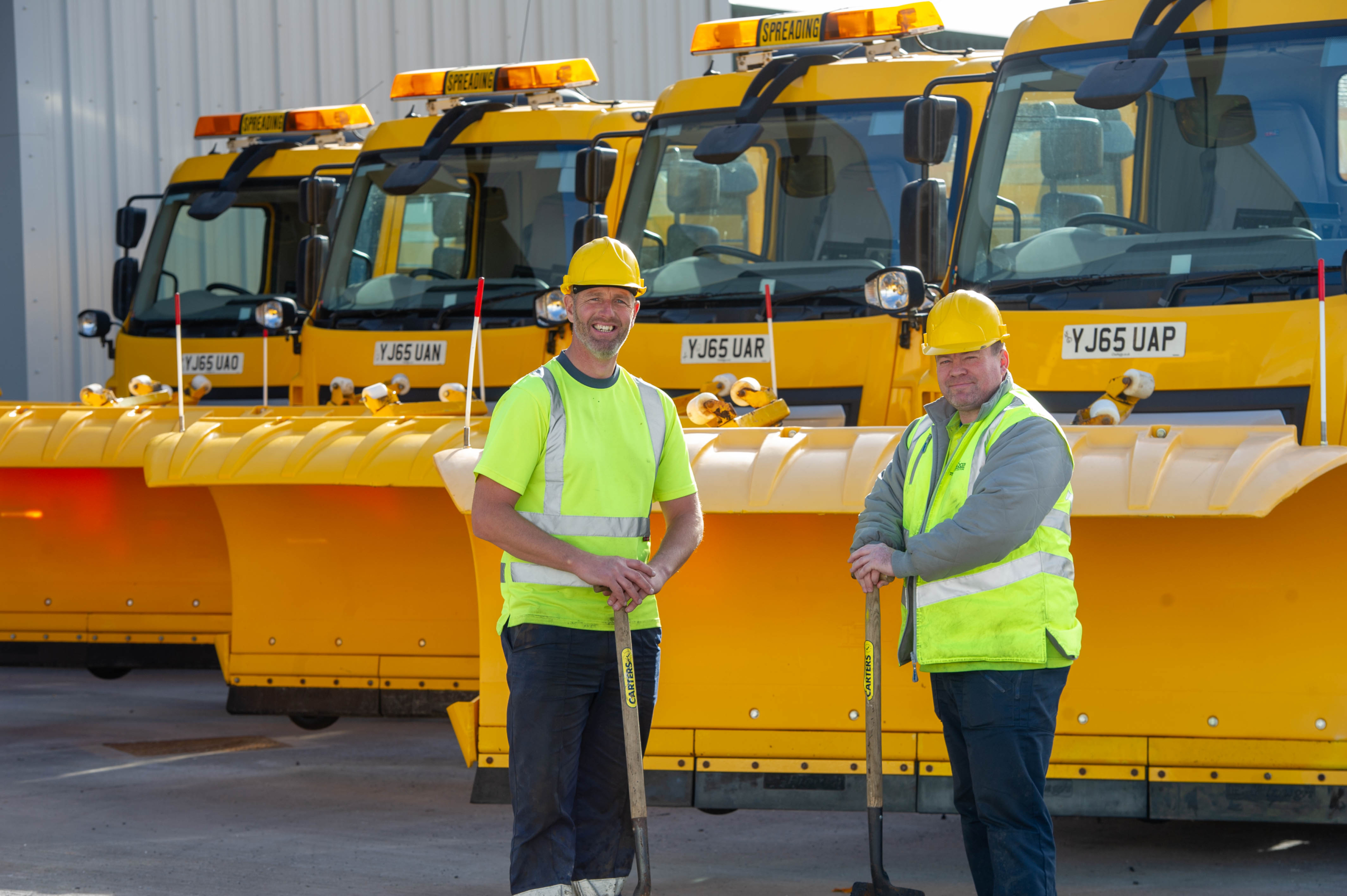 Snow way Sean could miss out on naming Renfrewshire’s gritters

Scotland’s most recognisable weatherman, Sean Batty, will put his expert knowledge to the test as he takes on the role of guest judge in Renfrewshire’s #NameOurGritters competition.

STV weatherman Sean will join a local gritter driver, a Care at Home staff member and an inspiring member of the local community to choose the shortlist as Renfrewshire looks to recognise its local heroes, places and landmarks.

Sean said: “For years I’ve watched comically named gritters travel across Scotland on the Transport Scotland gritter tracking map, but it’s great that we’ll now have our own fleet of named gritters driving around Renfrewshire.

“I’m so delighted to have been asked to join the judging panel and I’m excited to see the suggested names later this week. It’s too early to say what sort of winter may be ahead, but I’m sure our new, friendly gritters will have many miles ahead of them.”

More than 1600 suggestions were submitted to the competition to name the nine gritters that will operate across Renfrewshire during the winter period.

The panel will now finalise their shortlist before the public has the opportunity to vote for their winners via the council’s Twitter channel @RenCouncilNews.

Polls will take place throughout the week with the first one starting on 22 October as each gritter prepares to find out what its new name will be.

Councillor Cathy McEwan, Convener of Renfrewshire Council’s Infrastructure, Land and Environment Policy Board, said: “We’re delighted to have Sean on board as one of the judges being one of Renfrewshire’s own and I’m sure I’m not the only one who relies on him to bring me the weather.

“Hopefully he won’t be telling us about snow and ice too often this winter, but at least he will be able to rest easy in the knowledge our gritters will be fully prepared with their new names.”

The competition is part of Renfrewshire’s #RenReady campaign which aims to prepare residents and businesses for the impact of severe weather and provide support and guidance in advance.

It asks people to think whether they are prepared for a loss of utilities, heavy flooding or staff members being unable to travel to work, and what measures they can put in place in advance to aid preparedness.

For more information on the competition and to ensure you are #RenReady this winter, visit www.renfrewshire.gov.uk/readyforwinter.

Could your little one light up Renfrewshire this Christmas?
Scroll to top
Go to mobile version