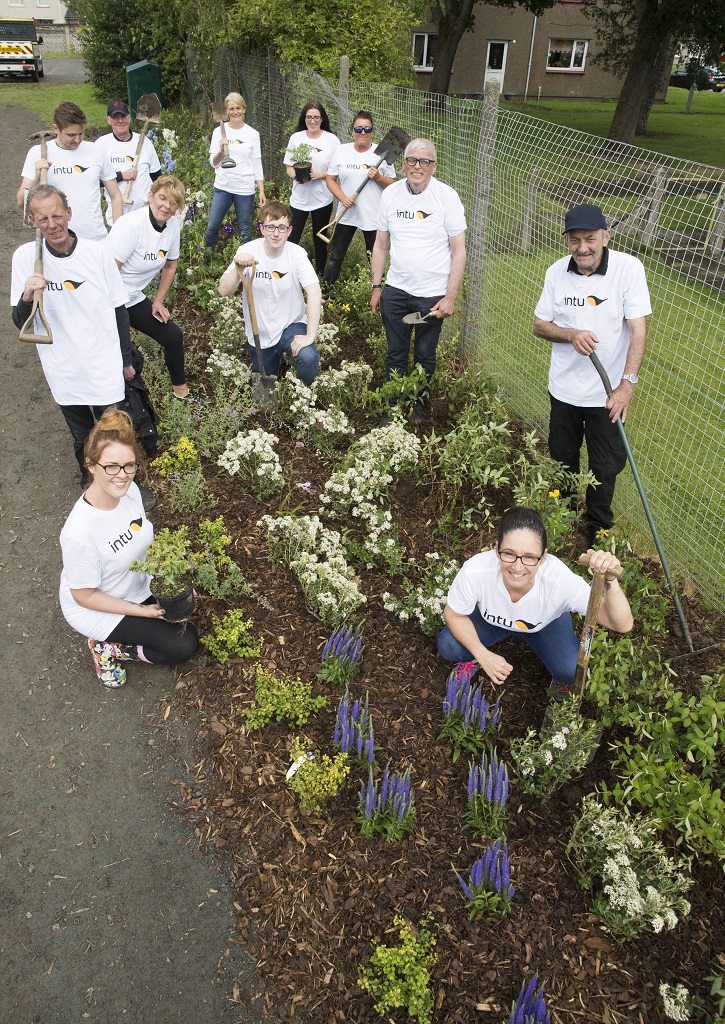 PRIMARY pupils will be getting closer to nature when they go back to school after the summer holidays.

staff from intu Braehead and Cardwell Nurseries worked at Newmains Primary to create a wildlife habitat.

And it’s thanks to the hard work of volunteers from intu Braehead that youngsters at Newmains Primary, in Renfrew now have a wildlife habitat as part of an Outdoor Classroom in the school grounds.

Along with workers from Cardwell Nurseries, based in Gourock, the 12 volunteers spent a day working at the school, as part of intu’s company-wide initiative encouraging staff to take the time from their work schedule to help support charity or community work.

Management at intu Braehead also donated more than £3000 for materials, plants, shrubs and flowers, which were planted in the school grounds aimed at attracting different kinds of wildlife to the new habitat.

Community development manager at intu Braehead, Lydia Brown said: “The pupils will have lots of fun learning about the natural world.

“Armed with shovels and spades, we were happy to literally dig deep to help create this wildlife habitat as part of the school’s outdoor classroom.”