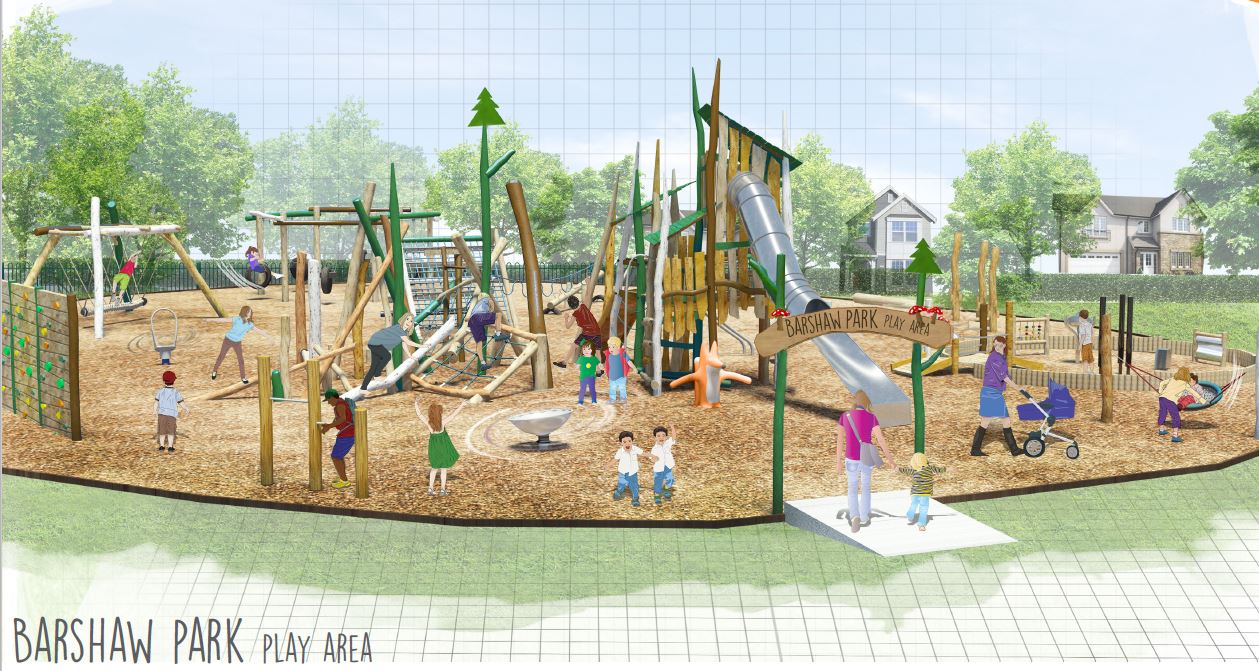 The next stage of a multi-million investment in Renfrewshire’s parks is set to commence with the installation of new play equipment at two popular parks.

Works will start week commencing Monday 10 July to install new play equipment at Barshaw Park in Paisley and Robertson Park in Renfrew marking the second phase of improvement works. These works are part of a phased programme of infrastructure works worth £2 million being carried out at both parks.

The works are likely to last approximately six weeks at Barshaw Park and 10 weeks at Robertson Park with minimal disruption to the public. The existing play areas in the parks will still be operational throughout the works.

The first phase of works which saw a series of upgrades made to pathways, roads and drainage systems improving areas affected by flooding and enhancing the overall park experience for visitors is expected to be completed next week.

The next phase of works is to provide dynamic play opportunities for a wide age group of users. Items being installed at the parks include; a wooden castle unit, a range of swings, crawling pyramid, five-way swing, climbing wall and tyre swing.

Councillor Natalie Don, Depute Convener of Infrastructure, Land and Environment for Renfrewshire Council, said: “The improvements being made to Barshaw Park and Robertson Park will help enhance the experience for all who use the parks.

“Parks have a central role to play in the community especially when it comes to offering places for families to spend time together. The installation of the new play equipment will deliver facilities that can be enjoyed by members of the local community for years to come.”

The phased works being carried out at Barshaw Park and Robertson Park are part of wider plans to improve parks across Renfrewshire with £250,000 being made available for other parks throughout the area. Further investment for parks is also being sought from external funding organisations.