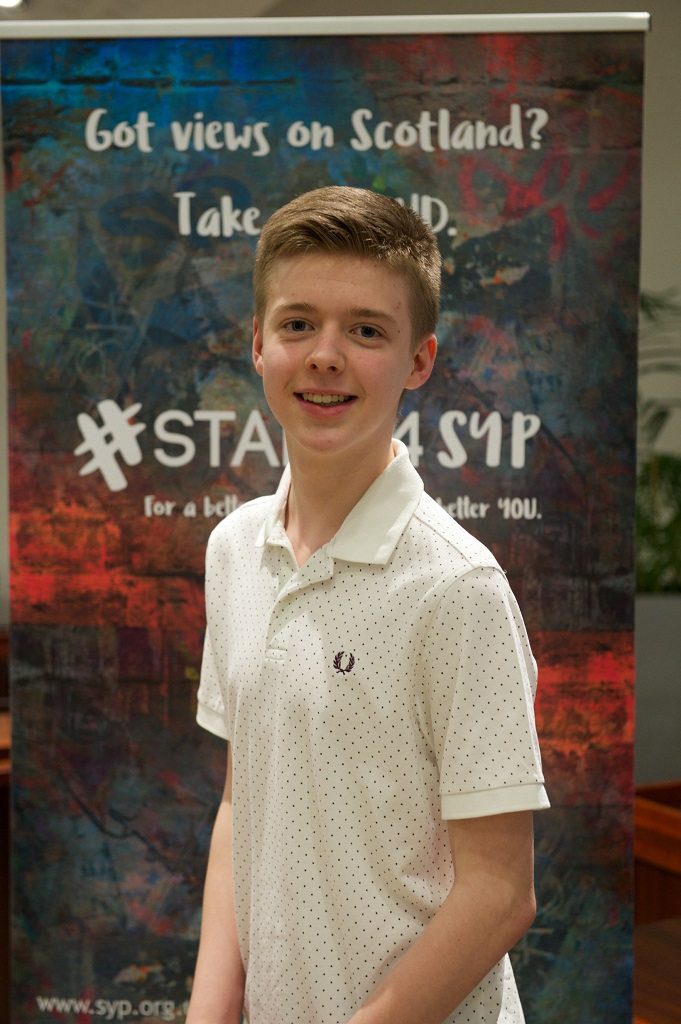 One of Renfrewshire’s newly-elected Members of the Scottish Youth Parliament (MSYP) is heading down to Liverpool to represent the West of Scotland.

Josh was elected as an MYSP for Renfrewshire North West alongside Maria Alam, with Niamh Mclaughlin and Ross Boyd representing young people in Paisley, and Stirling McGee for Renfrewshire South.

He said: “I put myself forward as a candidate as I’ve always had a large interest in politics. I look forward to meeting new people and being the voice of youths in my community.

“I hope to get myself known within the political community, I also wish to try and change the way youths see politics.”

MYPs and MSYPs are elected to ensure the views of young people they represent are listened to by decision makers through meeting MPs, local councillors and in Scotland MSPs as well as running campaigns.

Renfrewshire Council’s Convener of Education and Children’s Services, Councillor Jim Paterson, said: “Young people are a vital part of our community and should have their say on decisions made now that might affect them in the future. Having Renfrewshire’s young people represented at Scottish and UK level is a fantastic opportunity to let decision makers hear what young people here need and want.”

Renfrewshire’s MSYPs are support by the Council’s youth services team as part of their aims to improve outcomes for young people in the area and make sure their voice is heard.

Young people in Renfrewshire looking to get in touch with their MYP or MSYP should contact youth services on 0141 889 1110 or email youth@renfrewshire.gov.uk.

College Partnership with Elior UK set to be a Recipe for Success!
Scroll to top