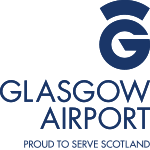 For the first time in its 51-year history Glasgow Airport recorded more than one million passengers in the month of June, representing a 5.7% increase on the same period in 2016. Demand for EU-scheduled services increased by 16.1% thanks to additional capacity on city-break destinations including Berlin, Amsterdam, Dublin, Bucharest and Dusseldorf as well as new routes to Brussels, Valencia and Lisbon.

The airport’s success in strengthening its European connectivity continued with the introduction of a new twice-weekly Blue Air route to the Romanian city of Iasi.

International traffic grew by 10.4% as the busy school holiday period got underway, while long-haul routes were up 12.4% due to strong demand on services to North America and Dubai.

Amanda McMillan, managing director of Glasgow Airport, said: “June is traditionally one of our busiest months of the year, but to exceed one million passengers is yet another significant achievement for Glasgow Airport.

“Our strong performance in the first half of 2017 has been driven by our efforts to enhance existing services and expand our growing network with new destinations to give even more choice to our customers, including the launch of Ryanair’s new Zadar route last week.

“Later this month we’ll see a return of Scotland’s only direct link with Seoul as Korean Air’s in-bound charter service returns with an additional flight.

“Route development continues to be a key priority in driving growth at the airport and we’re looking forward to welcoming a number of services in the second half of 2017 to exciting new destinations including Madrid, Krakow and Frankfurt.”