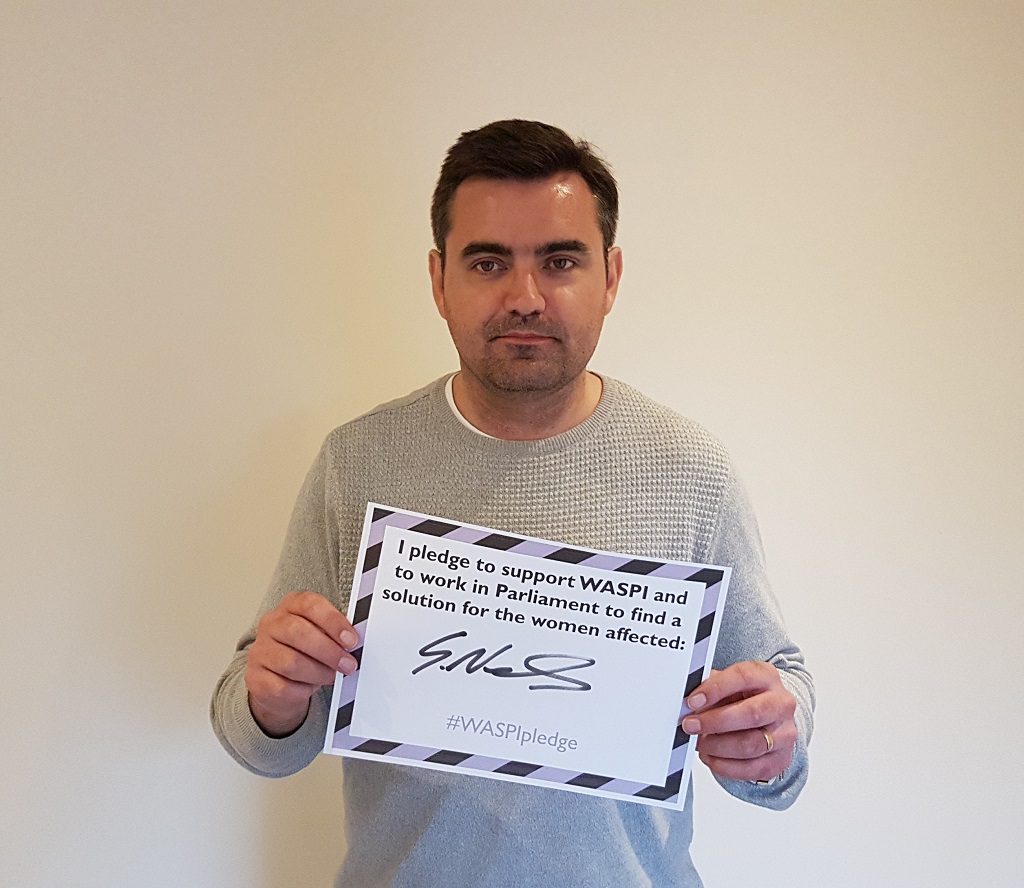 Gavin Newlands, SNP Candidate for Paisley and Renfrewshire North, has pledged his continued support to help those women affected by the UK Government’s changes to their State Pension.

Since 2015, Mr Newlands has been supporting the Women Against State Pension Inequality (WASPI) campaigners who have been affected by UK Government changes to their State Pension.

John Major’s 1995 government passed a State Pensions Act that saw both men and women’s state pension age rise to 65 by 2020, while the Coalition Government’s 2011 Act brought forward the changes to 2018 and raised the state pension age to 66 by October 2020.

These changes, that saw the state pension equalised for both men and women, had a particular impact on women born in the 1950s as many of them have had their state pension age increased twice, the second time with little warning.

About 2.6 million women across the UK have been affected by the changes to the State Pension. In Renfrewshire, according to the independent House of Commons Library, around 8,130 women are directly affected by the 2011 Pensions Act alone.

“At every step of the way I have supported the 2.6 million women – including over 8,000 in Renfrewshire – who have been affected by the changes that the UK Government made to their State Pension.

“It’s vitally important that we continue to put pressure on the Tory UK Government to ensure that we achieve the best outcome for these women, many of whom have worked hard for decades without taking a penny out of the system.

“If re-elected, I will continue to take the fight to the Tories to ensure that they finally start to the voices of all the WASPI women.  They should correct their mistakes, honour their commitment to the WASPI women and provide relief and dignity in retirement for the millions of women who have been affected.