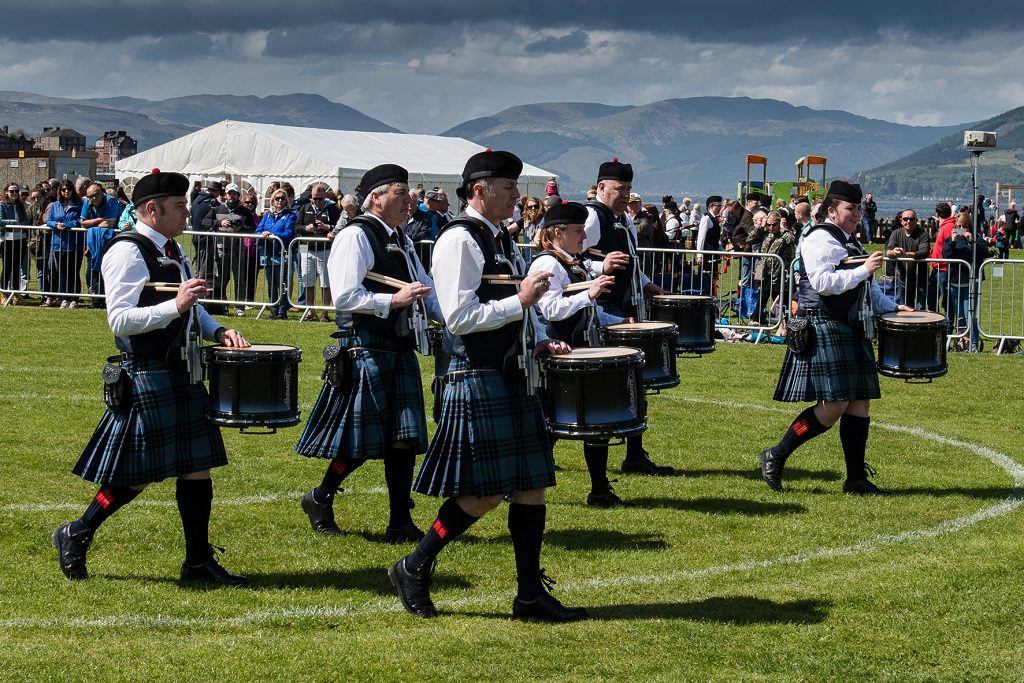 The two Johnstone Pipe Bands and Renfrewshire Schools Pipe Band travelled to Gourock at the weekend for the local Highland Games.  On a mostly fine day weather-wise all three bands had decent starts to the season with the Schools band coming third in the Novice Juvenile B Grade in their first outdoor event.  The Grade 4 band won both of their competitions at that grade and also best drum corps in what was a fine performance.  The Grade 1 band also came third in their competition as they gear up for the British Championships this coming Saturday in Paisley.

Some of the Grade 4 drummers who won Best Drum Corps.   Pictures by John Shaw

Pipe Major Keith Bowes Jr commented, “I am delighted with how our bands from Renfrewshire performed at the first outdoor competition of the season. Our brand new Renfrewshire Schools performed extremely well, considering how young and inexperienced they are to the pipe band scene. The grade 4 band continue to improve and perform well, continuing on their success from last year, and the grade one performed well with an improved standard which I hope reflects the hard work we have put in over the winter months. All three bands did our association proud and I wish them all the best for the rest of the 2017 season.”