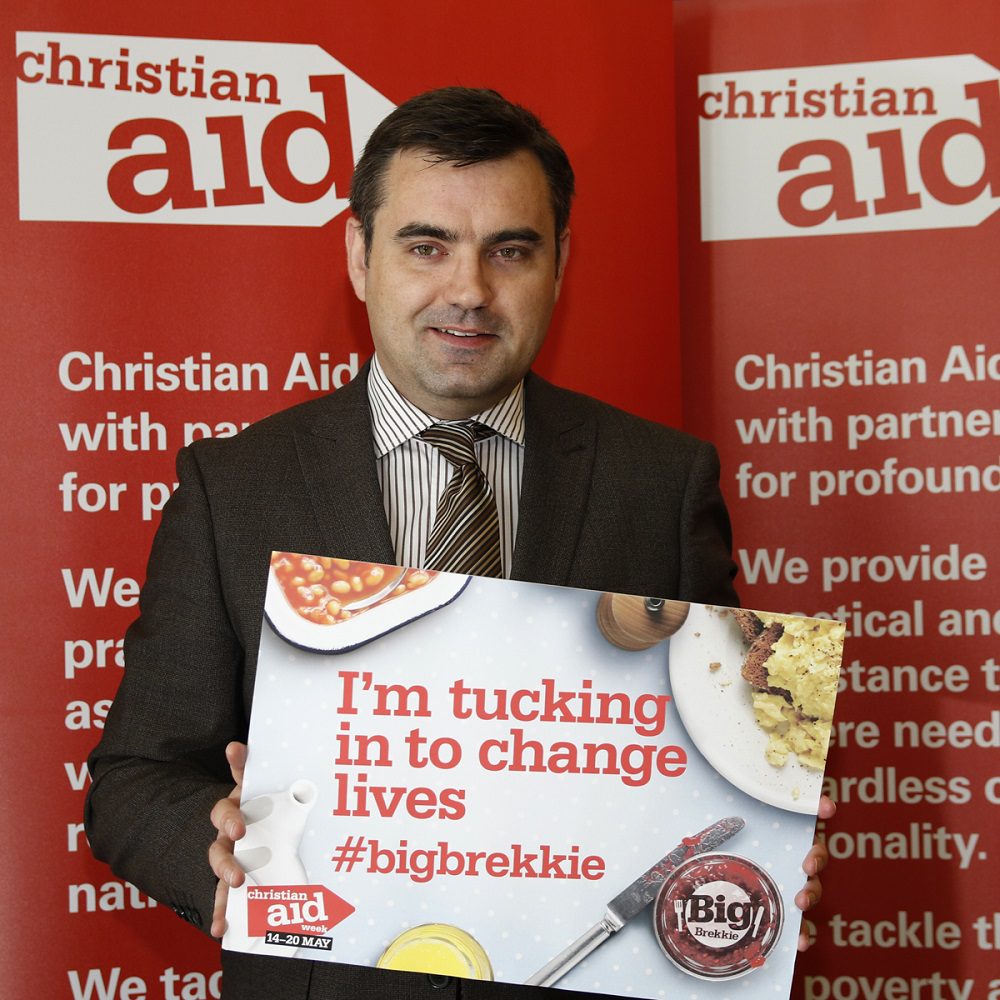 Gavin Newlands, MP for Paisley and Renfrewshire North, has tucked in at a Christian Aid Big Brekkie event in Parliament, to show his support for Christian Aid Week (14-20 May 2017, caweek.org), which is raising money for refugees fleeing conflict around the world. As Christian Aid marks 60 years of Christian Aid Week, the organisation is inviting people to join them in a Big Brekkie breakfast to stand in solidarity with refugees around the world. The charity has been working with refugees since the Second World War, and is not turning its back now.

Today, tens of millions of people across the globe are forced from their homes due to war, conflict and disaster.  Many make life-threatening dangerous journeys in search of a safe place to call home

While the majority of today’s refugees continue to seek sanctuary in poor countries, in 2015 more than one million refugees crossed into Europe.  With borders across the continent now closed to refugees, thousands are stranded – and in need of urgent help.

Nejebar, from Afghanistan, fled her homeland after the Taliban announced they would kill anyone who worked for the government, like her husband Noor.  They eventually sought refuge in Greece with their children, after a treacherous journey across the Mediterranean in a small rubber dinghy.  The young family have left their home, family and friends behind, and now reside in a small tent, with no certainty on their future, especially that of their children.

“We are really grateful for Gavin Newlands’s support for Christian Aid’s important fundraising events in Paisley and Renfrewshire North. Everyone can do something to help this Christian Aid Week, whether it’s attending a local event, giving money or praying for the world’s many refugees at this difficult time. Thank you to everyone who is able to take part in this year’s Christian Aid Week.”