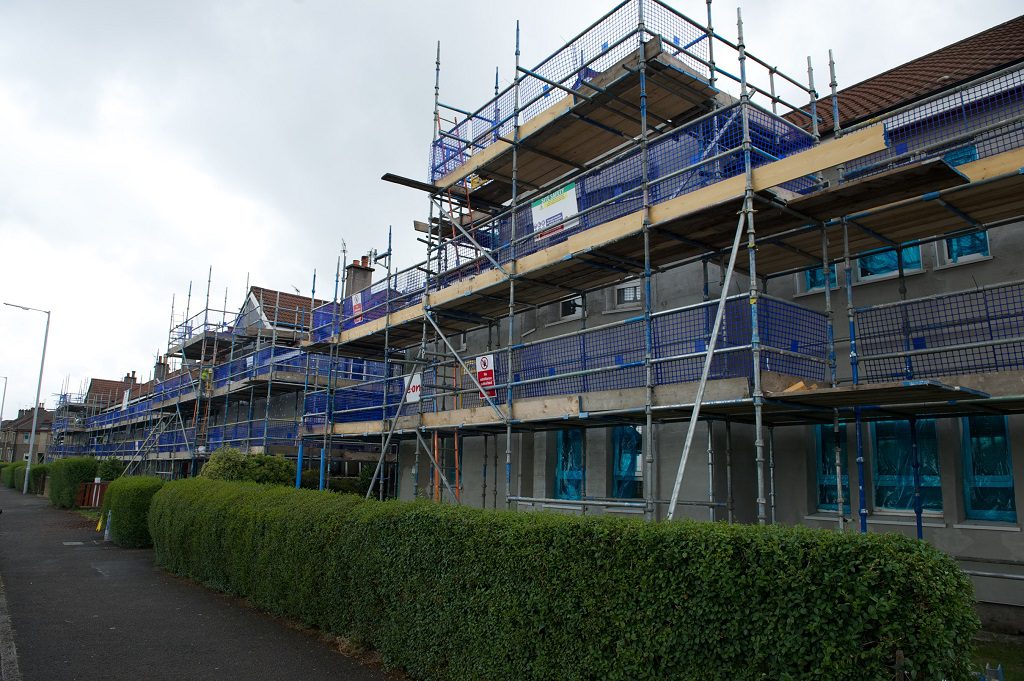 More than 170 properties in Renfrewshire are set to benefit from a near-£1.4million boost to help residents save money on heating bills and reduce carbon emissions.

The money has been earmarked to fund the final phases of an existing programme to deliver external wall insulation in Paisley’s Gallowhill area – meaning it will eventually have covered its 1,000th home. It will also be spent on new external wall insulation projects for homes in Johnstone, Kilbarchan, Renfrew and Bridge of Weir.

The latest funding boost sees more than £760,000 provided through the Scottish Government’s Home Energy Efficiency Programme for Scotland: Area-Based Scheme (HEEPS:ABS), to be topped up by £481,000 of council money and £125,000 of external funding.

The work which has been carried out to date in Gallowhill was funded by previous allocations from the same source.

Members of the council’s Housing and Community Safety Policy Board will next week be asked to agree to the plans.

They will also hear Renfrewshire has applied for nearly £1.4m of capital stimulus funding from the Scottish Government.

Councillor Tommy Williams, convener of Renfrewshire’s Housing and Community Safety Policy Board, said: “People living in well-insulated homes will be able to save money and this funding means we can support them to do that.

“It will allow us to complete the work in Gallowhill, which has been a major regeneration project aimed at supporting households at risk of fuel poverty.

“At the same time, the latest money will be used to ensure residents in other areas of Renfrewshire will be able to save money on their fuel bills too.

“That sits alongside the energy advice work being done by the council’s Tackling Poverty Programme, where our energy advocates have put more than £270,000 into the pockets of residents through almost 1,000 home visits since last summer.”

The project is also part of the Energy Company Obligation (ECO) scheme which requires energy suppliers to provide energy-efficiency measures to people living in hard-to-heat homes and lower-income and vulnerable households.

ECO is part of the Government’s strategy for cutting the amount of greenhouse gases generated from burning fossil fuels.