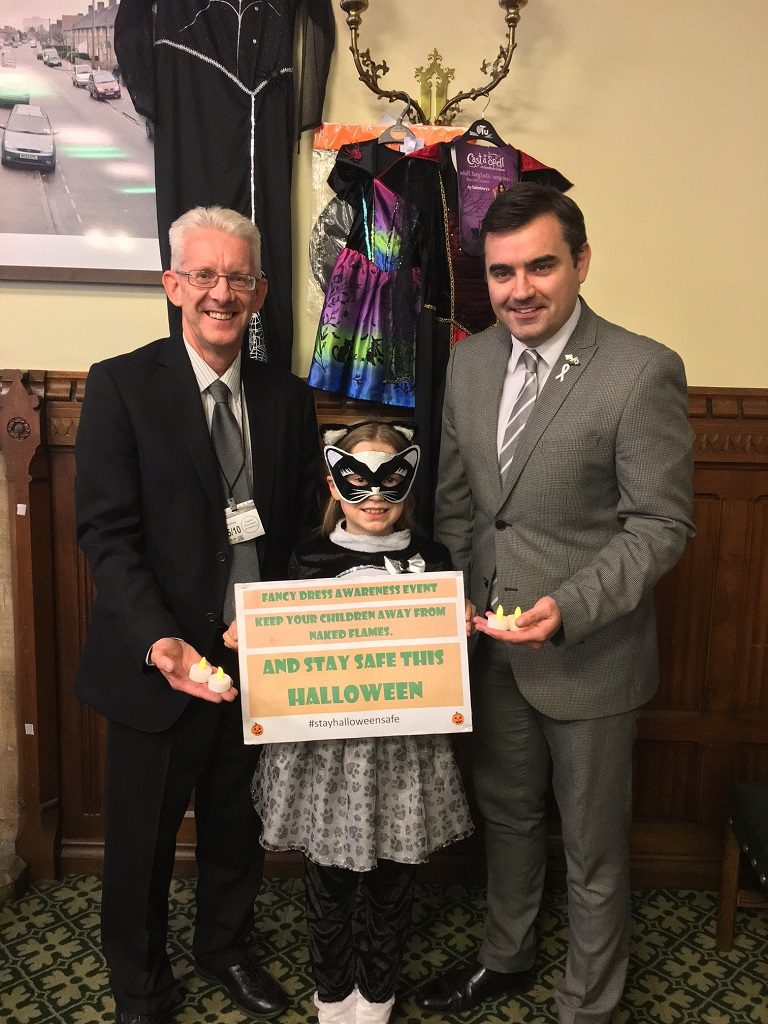 Currently, the law classes fancy dress costumes as toys rather than clothes meaning that they undergo far less rigorous safety tests. But Sainsbury’s, and other leading supermarkets have introduced more stringent testing following a campaign by the host of BBC’s Strictly Come Dancing, Claudia Winkleman, whose daughter, eight-year-old Mathilda, was seriously burned wearing a witches’ outfit while trick or treating.

“As a father of two young girls, I know that children love dressing up, particularly over the Halloween period and this is why I am so keen to raise awareness of the dangers of open flames and fancy dress.”

“I’m delighted that last year funding was made available for Trading Standards to conduct spot checks on hundreds of retailers to ensure that costumes meet safety standards. I also applaud Sainsbury’s and other supermarkets for introducing more stringent safety checks and would now call on others to follow suit.

“Ultimately, we need to work to close this loophole so that all manufacturers have to comply with much more stringent safety tests and I will lobby to do this. However, with Halloween just around the corner, the key thing now is to spread the message far and wide to parents about these dangers, and I hope that my awareness event will help to do that.”

“Many retailers are working extremely hard to address this issue. Today’s event was a great opportunity to raise awareness of fire safety at Halloween and share our own approach, which has led to the introduction of a more stringent approach to product development and flammability testing that exceeds all current legal requirements.”

Glasgow News? Daily Updates part of our network
November events at the Bungalow