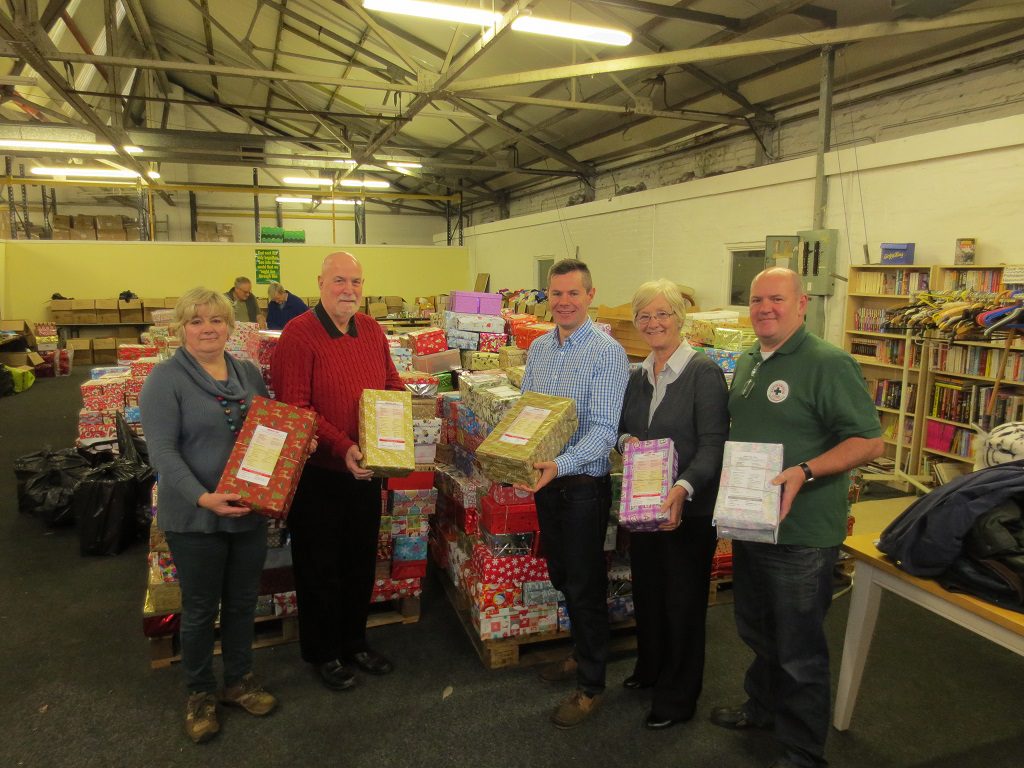 SNP MSP Derek Mackay is once again showing his support to Blythswood Care’s Shoebox Appeal. Since 1966, Blythswood Care has led a number of appeals to help those in desperate poverty across Europe, Africa and Asia, through filled shoeboxes at Christmas, relief and development aid or social projects for young and old. Blythswood sends shoeboxes filled with gifts and donations from generous Renfrewshire residents and others across the country to impoverished nations across Eastern Europe and Asia.  Last year 116,576 shoeboxes were delivered to Albania, Bulgaria, Hungary, Kosovo, Moldova, Pakistan, Romania, Serbia and Ukraine. A 10% increase on 2014. All of the shoeboxes are sent out early to ensure they arrive by Christmas.  For more information on how you can help please see:  http://www.blythswood.org/shoebox-appeal

Mr Mackay is encouraging constituents to get involved by filling up and dropping off a shop box at Blythswood Care, Montrose Avenue, Hillington Industrial Estate from 4th November 2016.

“My heartfelt congratulations go out to the organisers at Blythswood.  It is amazing that they have been able to bring so much joy to those less fortunate than us for over half a century now.

“These shoeboxes can bring so much joy to children, teenagers and adults alike. Everyday items that seem so small to us; a new hat and scarf, a toothbrush with some toothpaste, a small toy, some soap; bring great joy to thousands of people who live in desperate poverty.

“I would encourage everyone to get involved this year. Boxes can be dropped off from 4th November. Constituents can contact Blythswood Care at 882 0585 for more information.”

Cllr Bill Perrie praised the organisation for their work by saying:

“I’ve been highly impressed by the set up at Blythswood and by the effort which has been put in by all the volunteers sorting the thousands of shoe boxes which have been donated.”

“This is an on-going reminder that thousands of people struggle day by day in Europe and in Asia just to get by, and I hope last year’s success will inspire even more people to be involved this year.”

How to plan the perfect Paisley proposal
Scroll to top