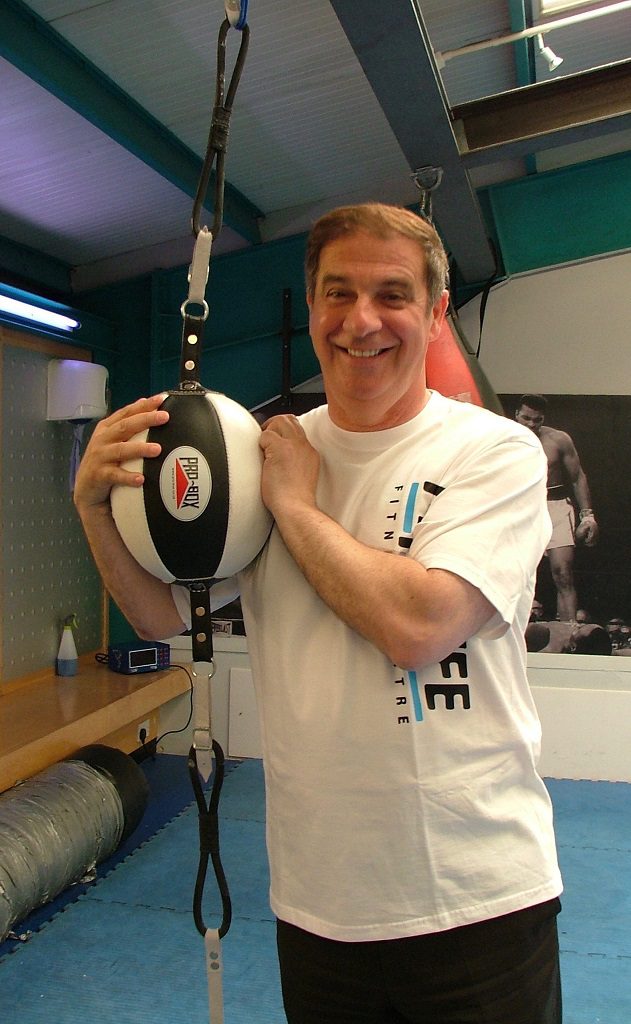 St Mirren chief Tony Fitzpatrick is on a mission to get fitter and healthier in a bid to find his perfect love match. The Saints legend has joined Pro-Life Fitness Centre in Paisley in a bid to improve his lifestyle, shed pounds and get himself back into the dating game.

Fitz is taking action hoping he might find the love of his life at the popular gym where he will be put through his paces under the watchful eye of fitness guru Gayle Brannigan. The former captain and manager of the Buddies has vowed to dump crisps, chocolate and biscuits in the fight to get leaner while tackling a tough training programme designed to help him reach his goal.

Tony, who took over as chief executive at the club he loves earlier this year, revealed: “The truth is I’m looking for love. The time is right. It’s been a long while since I had someone special in my life.

“But I need to get myself back into shape first, leaner, fitter and healthier and if I train hard I will be lucky enough find romance at Pro-Life.

“To be honest I think it is time to tackle both my fitness and love life.  I’m not in the best shape I’ve ever been in and would like to lose a few pounds. I used to be a machine – working hard at training and fitness levels daily as a player and then as a manager.

“I’ve let that slip because of the hours I put in and the lifestyle I lead where I’m grabbing a snack whenever I can and it is never a healthy option. It’s easier just to have a packet of crisps or chocolate on the road or when I get home late at night than cook something. I love chocolate, it’s my downfall.

“My goal is to get fitter, healthier and if, at the same time I meet someone special that would be great. I know the team here can help me with nutrition and exercise advice. They are training our players so I thought it would be a good idea to join Pro-Life as well to take advantage of the expertise here.

The former Saints captain revealed frankly: “it would be a real bonus if I found romance and I believe it might just happen at this smashing gym in Paisley.

“I don’t mind admitting that the truth is I’m hoping to find the new love of my life and if I get fitter and healthier in the process then what’s not to like.”

The former player and manager added: “The fact that every penny profit from the gym goes to help our hospices and rising young sports stars in the community is another reason I’m here.

“Renfrewshire Sports Charity who run Pro-Life is doing a great job with Gayle and the team working hard to make sure it just keeps growing and growing getting better and better.”

The gloves are off too as Tony is going head to head in this fitness challenge with the Buddies commercial manager Campbell Kennedy. 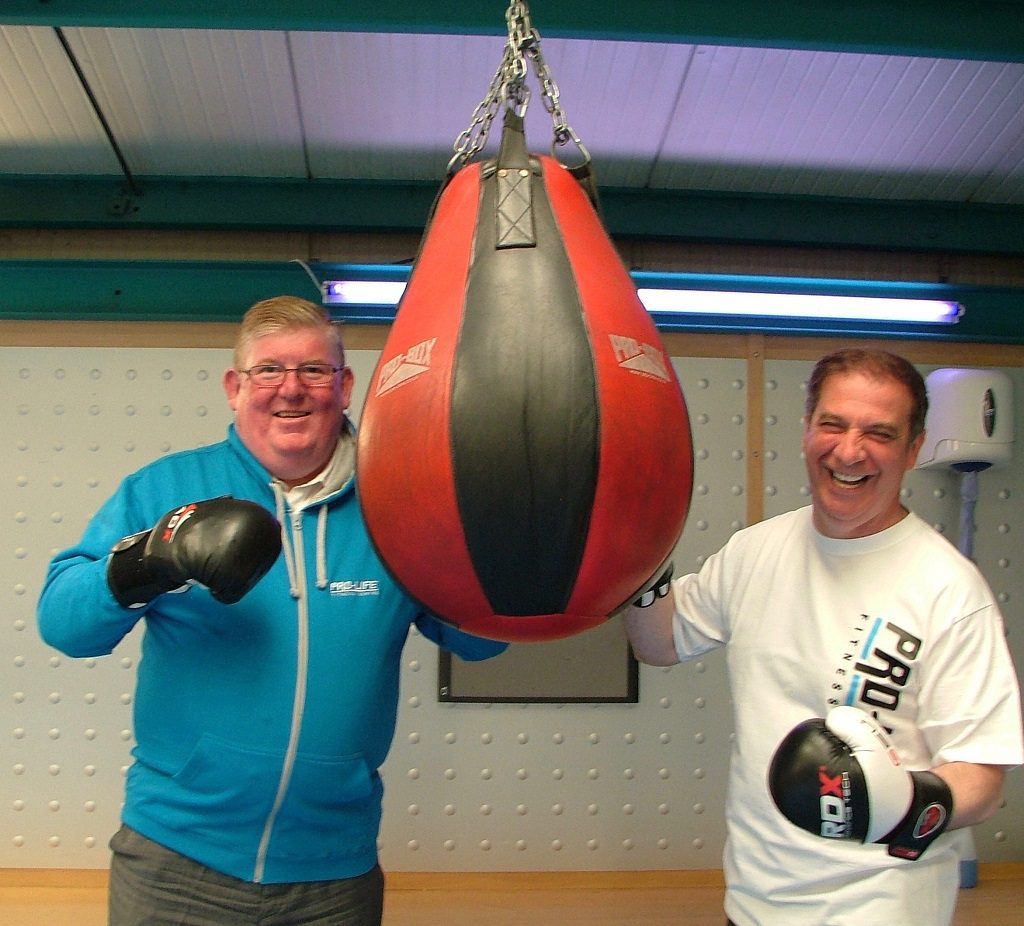 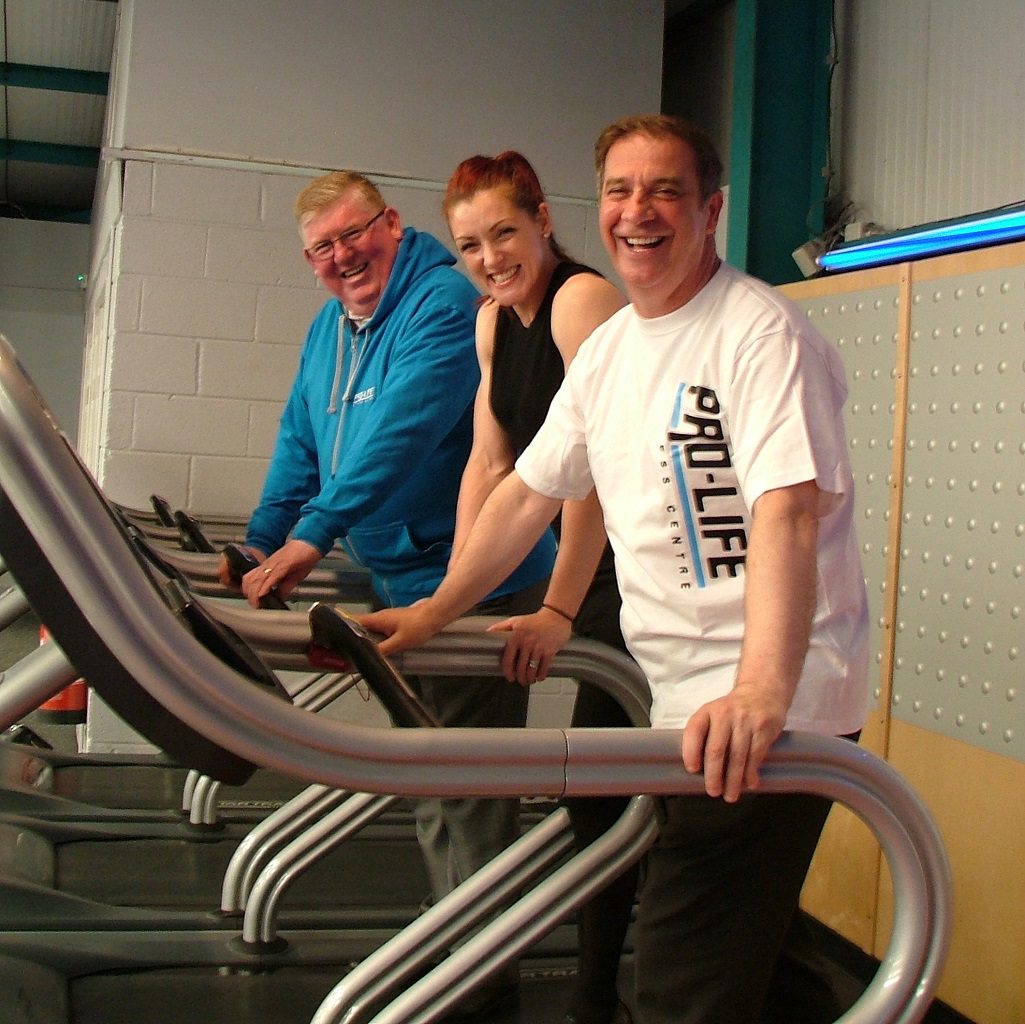 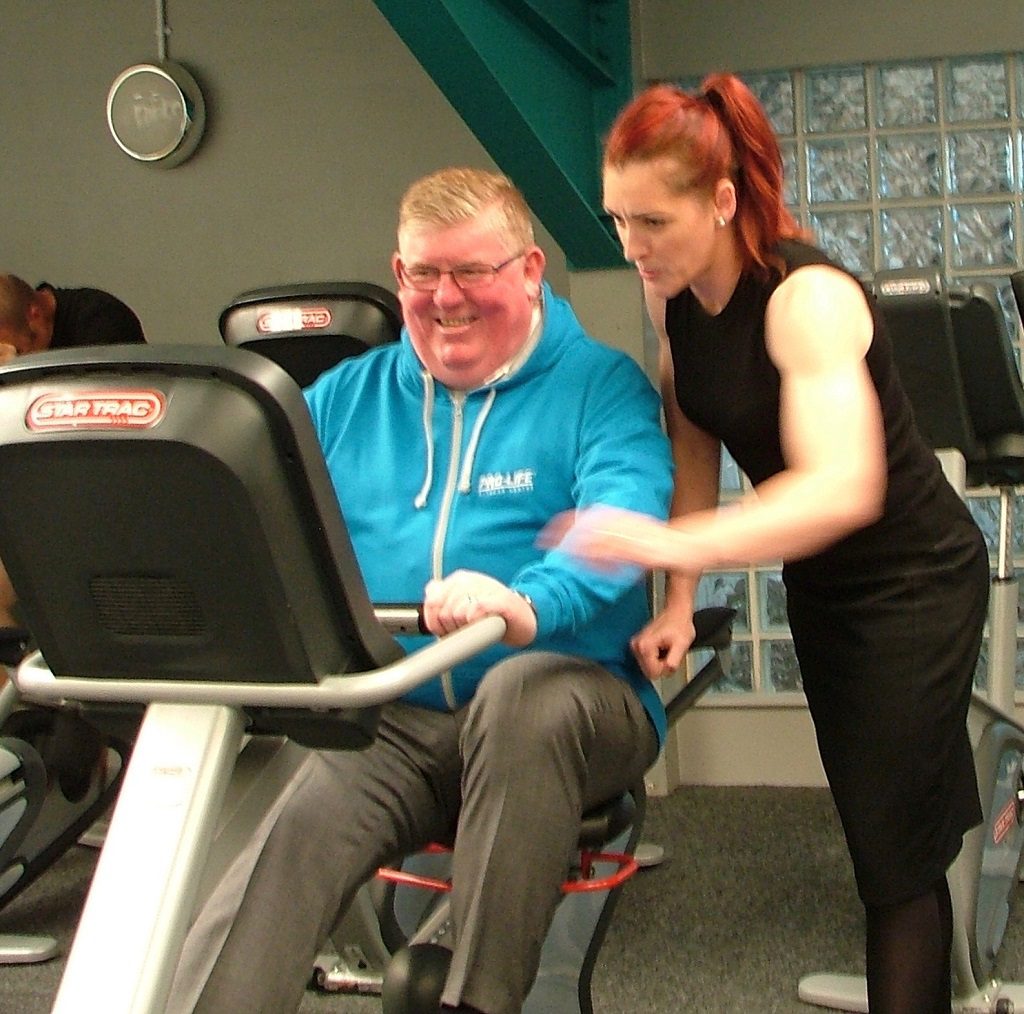 Campbell joked: “I’ve been in the gym but only to hand in a signed strip or a ball as a donation for a charity event. I’m a bit nervous about all of this but I’m definitely up for it.

“Tony and I do stressful jobs with long and often unusual hours. You’re basically on call 24 hours a day and that’s fine but it can lead to ignoring your lifestyle when it comes to eating healthy food at regular times and getting some exercise.

The duo kicked off their new fitness regime by trying out some of the equipment at the centre in New Sneddon Street where they were left in no doubt it wasn’t going to be easy.

Chief executive at RSC Gayle Brannigan said: “We’re delighted Tony and Campbell have joined the Pro-Life family but they will get no favours from us.

“After their induction which incudes a health check and fitness level test we will devise a unique programme for each of them which will include cardio vascular workouts like the treadmill, rowing machines and bikes.

“Campbell’s wife Eileen and his daughter Fiona have also joined us so it is great to get this support for the gym and the charity.”

Gayle added: “I remember Tony training as a player. He was like a machine nothing got in his way. I know his level of dedication for anything he takes on board.  I never knew Tony was looking for love but he deserves to have someone special in his life. He’s just a great guy.”

If you want to get into shape while looking for love just like Tony or join a gym where members become part of the family then ring the Pro-Life team at 98 New Sneddon Street on 0141 889 5027.