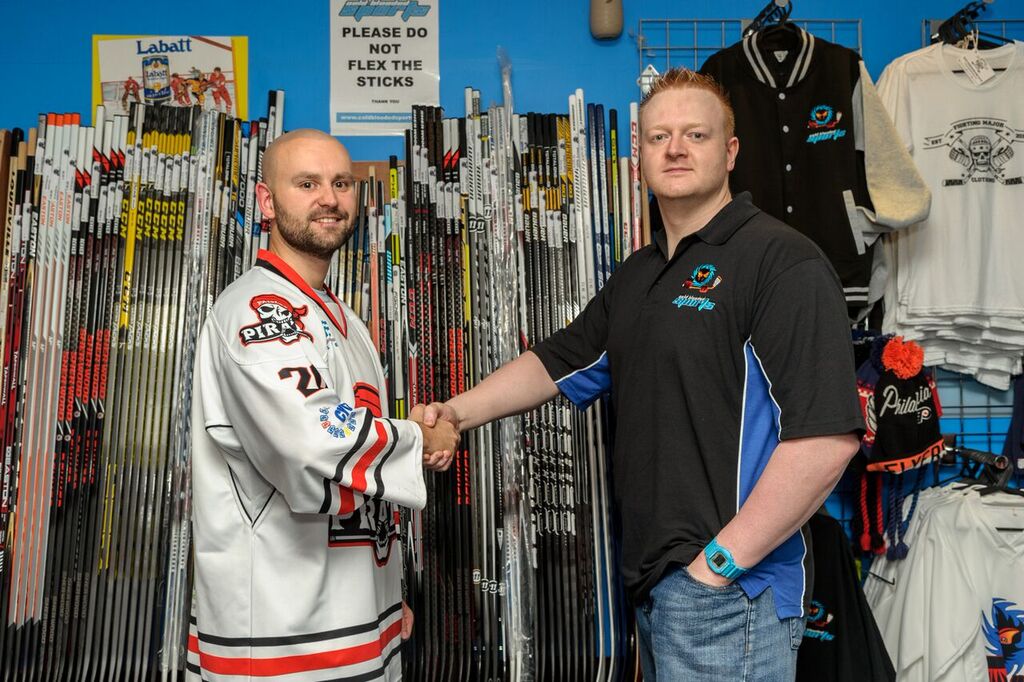 Paisley Pirates have received a huge pre-season boost by confirming that they have entered into a sponsorship arrangement with local company, and supplier of ice hockey equipment, Cold Blooded Sports, based in Lawn St in the town. “Make no mistake about this deal with Cold Blooded Sports”, said delighted coach Ian Turley, “it’s huge for the club, as big a sponsorship package as I can remember for the Pirates, certainly in the time that I’ve been associated with them. It makes a BIG difference to how we will be able to do things and we are more than pleased to be entering into this arrangement with the company”.

Steven Gardner, for Cold Blooded Sports, said, “It’s been an ambition of mine to support the Pirates via a sponsorship deal like this for a very long time. I hardly missed a match in the early days when I was a fan and, of course, as the club’s DJ during the latter period at the Lagoon, and then the early days at Braehead Arena, I was heavily involved in the club. I even did the kit man’s job for quite a while! The Pirates really do get into your blood and I am so pleased that this opportunity has come up to allow the company to support the town’s very own ice hockey team. For us, as a local company, supporting the local team, it’s a  perfect fit, and I am really looking forward to the forthcoming season when the new partnership swings into action.”

Turley went on, “Cold Blooded are already well known in this part of the world for being a supplier of top class ice hockey kit and equipment.  We do, of course, know of Steven’s earlier involvement with the club both as a fan, and then DJ and kit man, and it was certainly music to our ears to learn that he was interested in coming on board with the Pirates – we’re hoping it’s the start of something big for both of us.”

“The company’s name will, of course, be prominently displayed on the team’s home and away strips, as we’re very keen to let the ice hockey world know of our association with one of the leading suppliers of equipment and kit.”