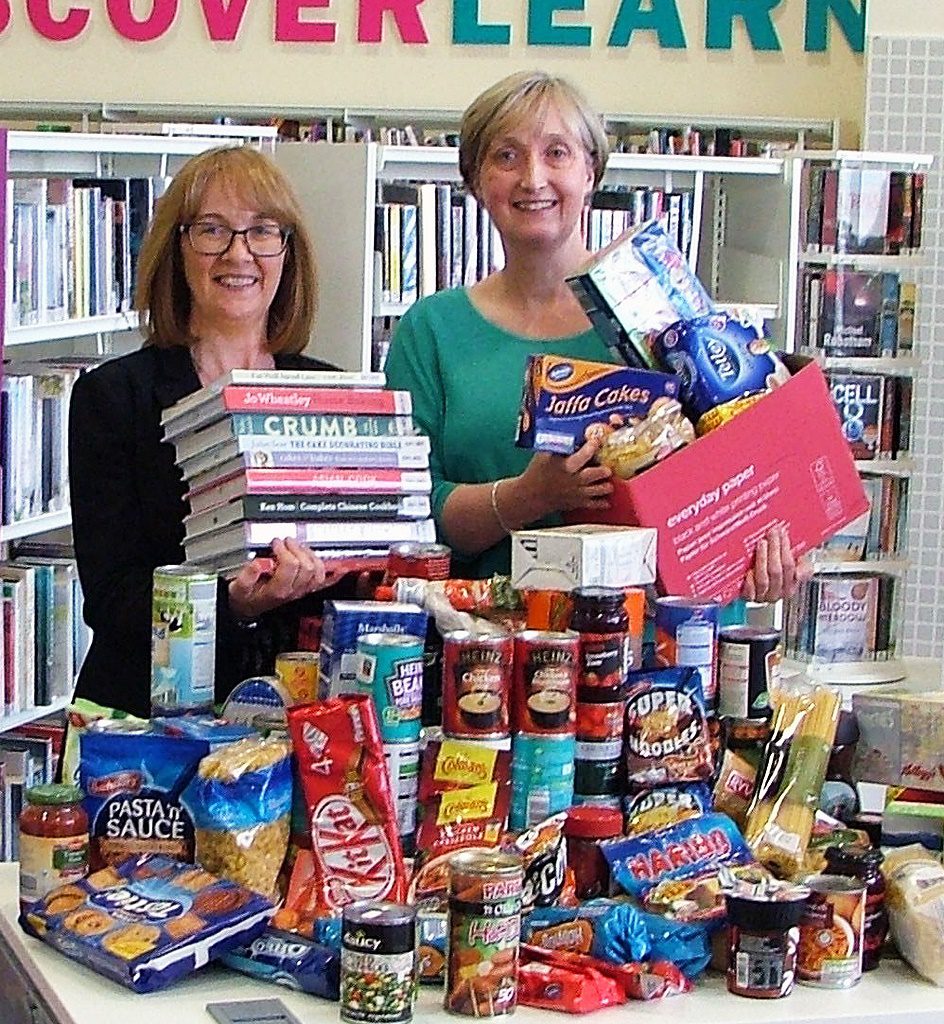 SCORES of people with overdue library books dodged a fine by making a donation to their local foodbank. The no-fines-for-food initiative was organised by libraries run by Renfrewshire Leisure, as part of the recent World Book Night celebrations.

Now 40 boxes jam-packed with foodstuffs worth hundreds of pounds are to be collected by Renfrewshire Foodbank to hand out to needy people over the summer.

For the past month, people with an overdue book could return it to any of the 12 libraries in Renfrewshire, as well as the mobile library, without any fine being incurred.

Normally adults would pay 30p for every week their book is late being returned up to a maximum of £2.40p.
It’s thought this was the only library service in Scotland offering the food for fines amnesty.

Yesterday, Elizabeth Alexander, project manager for Renfrewshire Foodbank visited the storerooms at Linwood Library to see the mountain of foodstuffs about to be uplifted.
She said: “This was a great idea and not only did it collect a huge amount of food, but it also made people aware that if they needed help feeding their families, we were there to help.
“We really owe Renfrewshire Leisure and their libraries staff a debt of gratitude for what they have done here.”
Joyce McKellar, chief executive of Renfrewshire Leisure “There were several benefits of our fines for food initiative and that is we get more people coming back to our libraries returning books, which in turn encourages people to read more books and by collecting donations to Renfrewshire Foodbank, we are doing something positive for the local community.
“Getting people and books back into our libraries for other people to read is more important than collecting fines.
“The reaction form the public was fantastic and as well as providing donations to the Renfrewshire Foodbank, it was great to get so many books back on our shelves.”