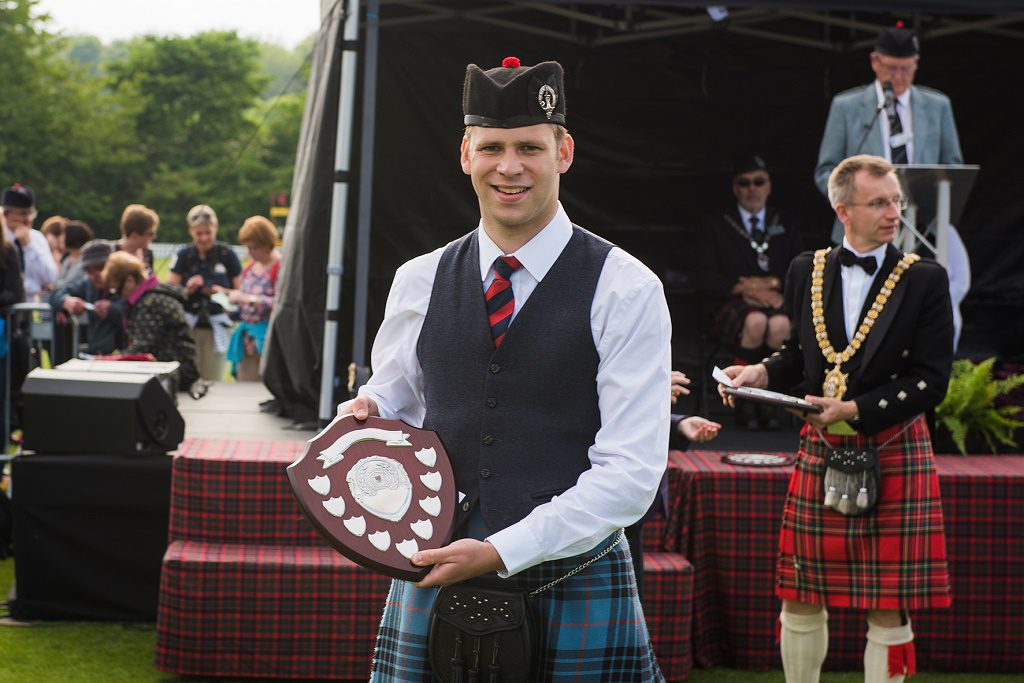 The two Johnstone Pipe Bands travelled to Belfast at the weekend for the UK Pipe Band.  On a day of differing fortunes the Grade 2 Band came third in their competition with the Grade 4b band placing ninth of the 25 entries in their grade, they were however the highest placed Scottish band in the grade with the competition dominated by the home bands.  Johnstone now have a weekend off prior to heading to the European Championships in Forres on the 25th June with the Grade 2’s looking to defend their European title from last year and the Grade 4’s looking to improve on their 7th place. Grade 2 Pipe Major Keith Bowes Jr commented, “I was pleased with the way the Grade 2 band performed in what was an extremely high standard competition.  There are always areas to work on, but with another top 3 position, it hopefully keeps us in contention to challenge for the remaining three major championships of the year”

Grade 4 Pipe Major Keith Bowes Sr commented, “This was very much a learning experience for the Grade 4 band with the vast majority of them never having competed outside of Scotland and indeed for some it was their first time on an extended trip away with the band.  The competition was dominated by the home bands but it was good to, firstly, qualify for the final and also to be the top Scottish band. The band should be pleased with the way they played, particularly in the final,  we may not have brought home any silverware but there were big wins in terms of learning, team building and morale which can only stand the band in good stead for the future.” Grade 4 band marching to the line in Belfast

Glasgow News? Daily Updates part of our network
Good sports make sure you won’t miss a minute of the action

Family of Councillor Eddie Grady thanks community
Scroll to top