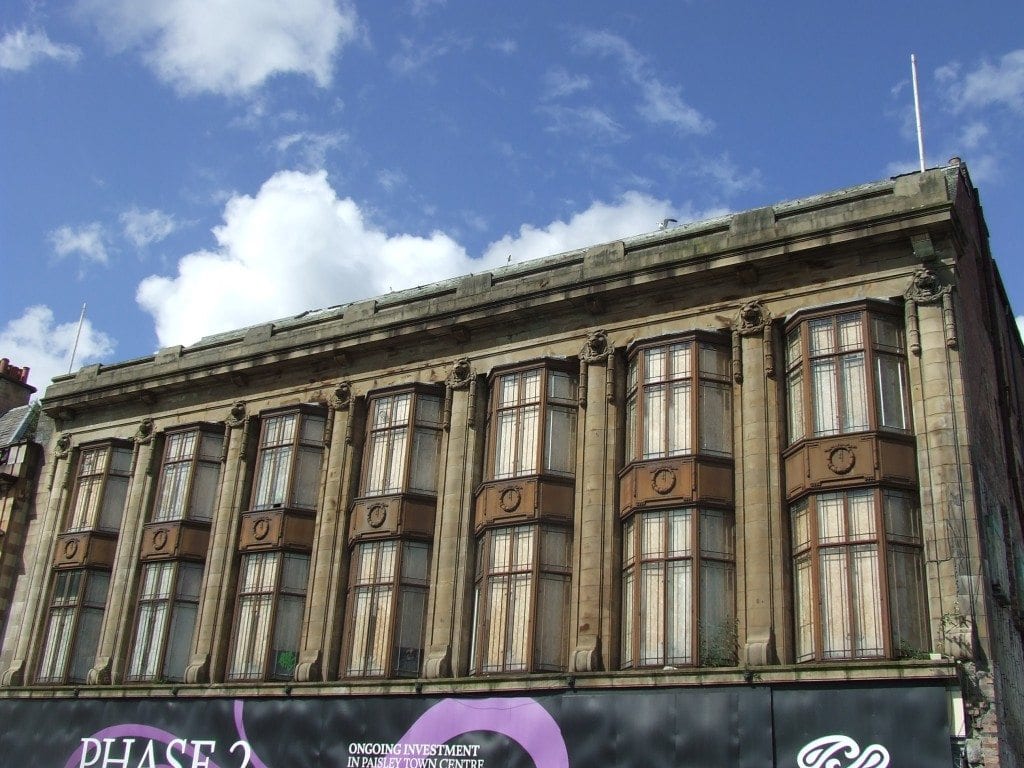 Here are some cracking Paisley Photographs sent in by one of our visitors, Hugh Craig, You too can send in your photographs of Paisley to be seen by our thousands of daily visitors by sending them with a description to brian@paisley.org.uk

The photographs Hugh has sent in are as follows:

In 1873 George A.Clark, a member of the famous thread family, left £20,000 in his will to build a Town Hall in his native Paisley.

By 1988, in time for the celebration of Paisley 500, the chiming mechanism in the bell-tower was restored. In 1990 work began on renovating the interior of the building, and as this continues we can see the Town Hall, over a hundred years old, ready to plan its full part again in Paisley life.