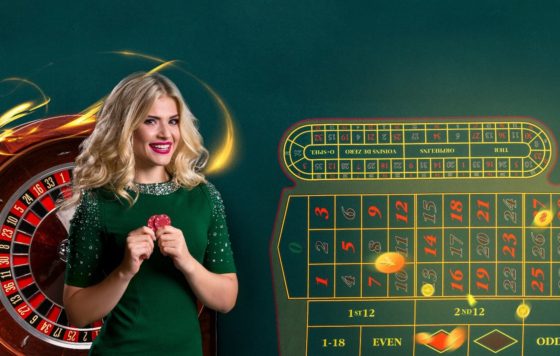 An iconic game consisting of a wheel, a corresponding betting table, a little white ball, a dealer and some betting chips; we’re all familiar with the casino classic Roulette. This is a game full of excitement and anticipation, with the aim to correctly predict where the ball will land within the wheel’s pockets, before it stops spinning. What’s more, it’s a game that players have enjoyed for centuries.

Before we explore the history of the newest way to play, live Roulette, we must first flick back through the archives to where the game began. Follow us as we step back in time to the very beginning, to witness the birth of a much-loved casino game.

Roulette through the years

Moving into the early 18th Century, the Roulette then travelled to France, where popularity continued to grow, throughout casinos. Again, the game played within this time period differs from the modern variant we know today, with the game containing a red zero and a black double zero.

In 1806, King Louis XV tried to ban the game for the lower classes, only allowing games to be held within casinos of Palais Royale. However, this was soon stopped too, in 1837, when Louis Phillipe closed all gambling venues within France. But this didn’t stop the Roulette revolution from occurring, as this led Roulette to find its way into German casinos, which is where brothers Francois and Louis Blanc created a new version, with only one zero in play, in order to get an advantage over their competitors. Soon after they did this, popularity for this new variant grew and started popping up all over Europe. And this is where the European version of Roulette was born.

In the 20th century, Roulette’s popularity had grown far more with the game travelling across the globe. However, there were still different variants played in different parts of the world. For example, the European wheel was played in casinos such as Monte Carlo, and the American version, with a zero and double zero, was being played in the likes of Las Vegas.

In 1996, the first online casino opened its virtual doors, although Roulette wasn’t found on the online lobby floors for a few more years. But when the game did hit the online casino, it was an instant hit with all players from around the world. This was due to the fact that you could play different variants of the wheel, European, American and French, all from one place.

It has only been in recent decades, with the advancement in technology, that players have been able to spin the Roulette wheel live from a specialist gaming studio, where a live dealer greets players joining the virtual table, from the comfort of their own homes. With a live video stream, players are able to dive into a real game without leaving their sofa. Understandably, this variation of gameplay has become a big hit with all that play Roulette online today.

Glasgow News? Daily Updates part of our network
How Did the UK Government Look After Its Citizens’ Finances During Co...

How CBD Oil Helps with Lyme Disease: Advantages and Disadvantages
Scroll to top