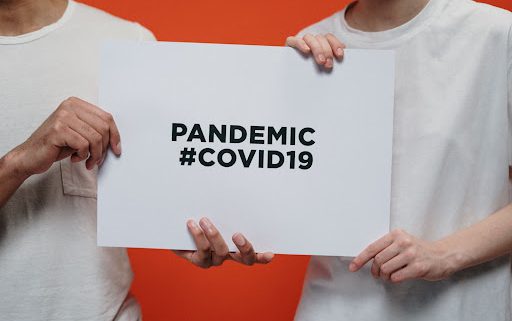 The emergence of Covid-19 resulted in financial difficulty for many. Country lockdowns, social isolation, and movement restrictions negatively affected companies, making them lay off most of their workers, with the remaining ones receiving cuts to their salaries. In response to this financial suffering, the UK government supported its citizens in the following ways: 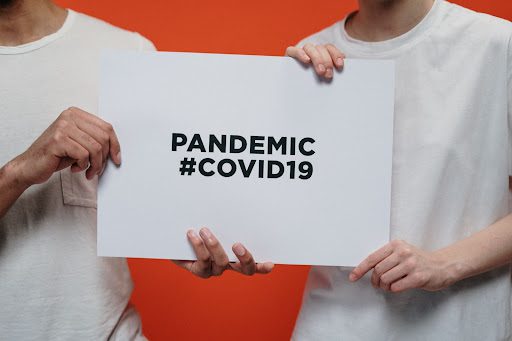 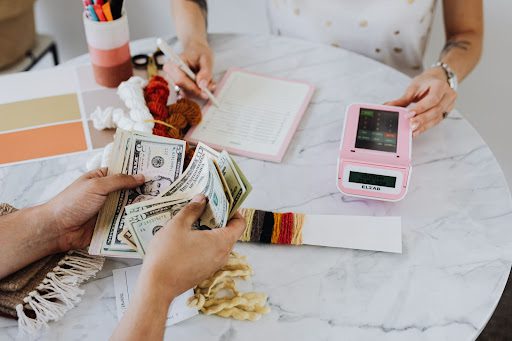 The UK government’s business support involved grants, temporary tax cuts, and loans, with different types offered. The Bounce Back Loan (BBL) Scheme, for example, ensured liquidity to businesses throughout the country’s economy, preventing bankruptcy due to high uncertainty in the private sector.

Businesses that were forced into closure or remarkably adjusted operations due to Covid-19 restrictions were also provided with business grants, which were direct payments from the government that were not refundable. Being the most affected, small businesses in the retail, leisure, and hospitality sector received cash grants of between £10,000 and £25,000 in the first, 2020 lockdown. The Local Restriction Support Grant scheme offered 3 million grants in the subsequent lockdowns. The government also reduced hospitality’s VAT rate and waived business rates with nurseries and retail trade.

Individual support was categorized into unemployment benefits and jobs programs.

Starting from March 2020, the UK government announced its support for individuals in the employment sector, developing policies like the Coronavirus Job Retention Scheme (CJRS) and Self-Employment Income Support Scheme (SEISS) to provide relief to the unemployed. These groups of people and low-income earners received a £20 Universal Credit weekly uplift.

The eligibility criteria for the two programs were diverse and benefited numerous persons. Around 28.7 million jobs qualified for the CJRS, out of which 11.7 million jobs were helped. Five million individuals were eligible for the SEISS, with 2.9 million receiving at least one of the programs’ five grants. The £20 weekly uplift ended with 5.7 million persons on Universal Credit.

Here’s a grid from Compare the Market home loans showing the weekly unemployment benefits people in different countries across the UK received during Covid-19 compared to other countries. 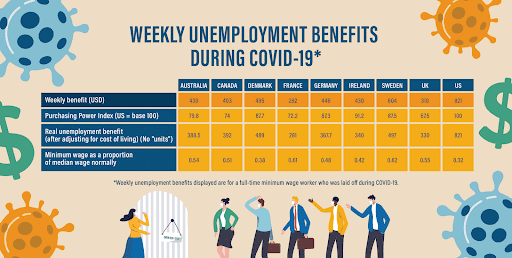 There were high unemployment rates during the pandemic. To counter this, the UK government developed different programs to help citizens find work and enhance economic recovery. The kickstart scheme was initiated, providing 217,000 jobs to individuals under 25, with 100,000 applicants receiving placements. The Restart scheme, through Job Entry Targeted Support, offered long-term unemployed Universal Credit beneficiaries with intensive job searching support. By January 2022, about 176,000 people were referred to the program.

Although these measures aimed to do good for the citizens, they could severely affect the economy in the future and possibly raise inflation should the loans remain unpaid or the businesses offered financial support fail to thrive.

The pandemic affected many people in the UK in different ways. While some noted positive impacts in their business, most were severely affected, with others losing their jobs. The good thing is that the UK government supported its citizens financially until they recovered economically.

Glasgow News? Daily Updates part of our network
11 Simple Techniques To Ensure Your IT Systems Are Safe And Secure

The history of live Roulette
Scroll to top